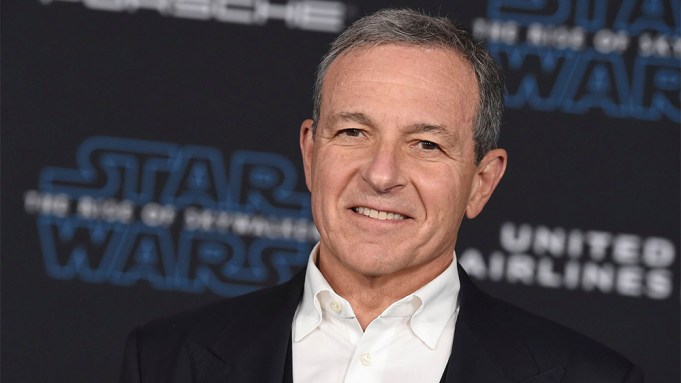 Though Lucasfilm president Kathleen Kennedy said in an interview on Sunday that future Star Wars films will move away from a three-movie structure, Disney CEO Bob Iger says that isn’t necessarily the case.

“Oh, I don’t know about that,” he told Variety‘s Marc Malkin at the premiere for “Star Wars: The Rise of Skywalker,” when asked about the purported plan. “She and I have said, ‘Well, maybe trilogies are too hard, so maybe we’ll make one film and then a sequel,’ but we don’t know.”

Kennedy, who’s been president of Lucasfilm since 2012, has also been the subject of online trolling and vitriol following the mixed responses from fans to movies like “Solo: A Star Wars Story” and “Star Wars: The Last Jedi.” Iger said that the team doesn’t take the comments overly seriously.

“We don’t overreact, we respect fans of Star Wars, that’s really important to us, to Lucasfilm, to the franchise,” he said. “But we do the best job we can, we think we had a very hard job in bringing this forward, ‘The Force Awakens,’ satisfying the traditional fans and touching on themes and characters and places they were familiar with, but introducing the new places, new stories, new charactres. And I think over the three that we’ve produced, those three, we’ve done a really good job of threading that needle, walking that fine line. We know we’re never going to please everybody all the time, and we see that with Disney films, with Marvel films. So I don’t mean to suggest that I’m dismissive of it because we respect our fans, but we don’t overreact either.”

Iger also touched on the amount of future Star Wars projects that are in the works, though he didn’t reveal a specific number.

“Probably smaller than you think because what we do is, we look to pick a few and see how they gestate,” he explained. “In some cases, bring them out and see how the audience reacts and then react accordingly. It’s not as many as I think most people think. I think the number is endless, but we’re gonna be careful, the next one is really important.”

Star Wars’ most recent expansion, aside from “Rise of Skywalker,” has been the Disney Plus series “The Mandalorian,” which took the Internet by storm following the introduction of Baby Yoda, officially called The Child within the show. Baby Yoda has spawned memes, latte foam designs, apparel, “SNL” sketches — the list goes on — and Iger says that while he had an idea Baby Yoda would be big, he didn’t quite predict how big.

“I think it would be wrong for me to say I knew exactly how everybody would react because it’s been huge, but I did have a strong sense it was a charcacter people were going to love. I knew my reaction as soon as I saw it: ‘Wow’ — I knew it was coming, too. But when you lay eyes on that character, there’s something so compelling about that character. The old and the new, the adorable and the intriguing. I had a sense it was going to be big, but now it’s exeeded my expectations, of course.”

Marvel Studios president Kevin Feige will be involved in an upcoming Star Wars film, but Iger was tight-lipped about the producer’s involvement. As for “Rise of Skywalker,” Iger praised director J.J. Abrams’ ability to close out the trilogy.

“Closure has value and I think J.J. Abrams has delivered a film that has closure, that is very satisfying,” he said. “Emotional as well, but quite satisfying. And while this represents the end of, really, nine chapters, which is quite extraordinary, it’s not the end of Star Wars stories, in many respects it’s the beginning of new Star Wars stories.”