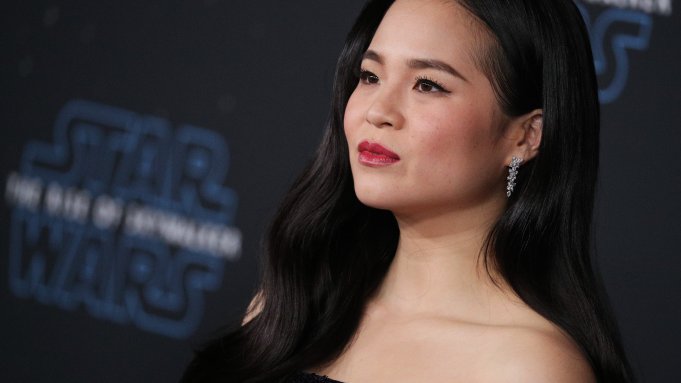 Disappointed “Star Wars” fans have expressed their upset over the lack of screen time for actress Kelly Marie Tran in the latest “Star Wars: The Rise of Skywalker” with the online campaign #RoseTicoDeservedBetter. “Crazy Rich Asians” and “In the Heights” director Jon M. Chu shares their disappointment, but he has a plan…

After being introduced in Rian Johnson’s “Star Wars: The Last Jedi,” fans expected the character Rose Tico (played by Tran) to reappear yet again in J.J. Abrams’ “The Rise of Skywalker.” Or at the very least, have the characters address the powerful kiss she planted on John Boyega’s Finn in her final moments on screen. But alas, Rose was relegated to side scenes of exposition explaining why she couldn’t possibly join in on the current mission along with a few climax battle bits.

A disheartening choice to many Rose fans, especially after the “Star Wars” fandom rallied around the actress when she was mercilessly attacked online in 2018.

This upset swirled online and reached Chu, who decided to put his agitation into action and offered to spearhead a new series, just for Rose. Taking to Twitter, the director typed, “Ok @disneyplus. Put me in coach. Let’s make this series happen #RoseTicoDeservedBetter.”

The offer is an exciting proposal, as the Disney overlords have hinted that maybe not ALL the characters will be retired after the conclusion of the Skywalker saga. Plus, the success of Disney Plus series “The Mandalorian” proved that there’s certainly an appetite for more “Star Wars” content, and perhaps a show would offer Rose a bit more space to explore her character arc.

Rose represented the often-overlooked working class in the “Star Wars” verse and became a powerful beacon of representation for many fans. When asked how her life would have changed growing up with characters like Rose Tico around, Tran told Variety, “As a person who doesn’t see herself in a space that other people have seen themselves in, since they were children, I think I have to work harder to be confident in those spaces… I cannot wait to see what this next generation does because the rules that we grew up believing… they’re lies.”