‘Star Wars: Rise of Skywalker’s’ Kelly Marie Tran on Why Rose Tico’s Story Is Also Her Own 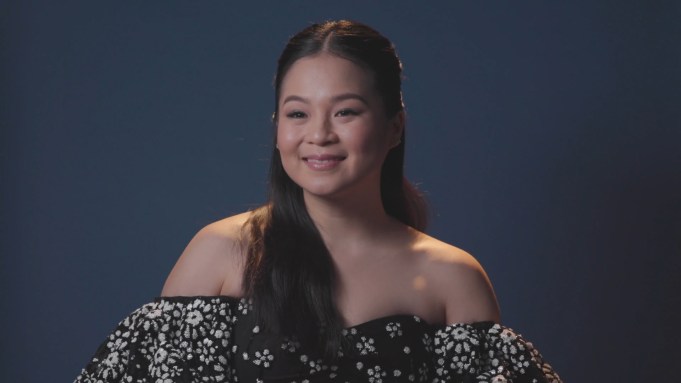 This past summer at San Diego Comic-Con, about a dozen attendees gathered outside the Hilton Bayfront Hotel for the “Rally for Rose,” the second event of its kind and organized by Nerds of Color, an online community and publication. Participants held signs that read “rebellions are built on hope” and donned green jumpsuits, the signature look of “Star Wars: The Last Jedi” character Rose Tico, played by Vietnamese American actor Kelly Marie Tran.

“I’ve been coming to Comic-Con ever since I was a teenager, but last year was the first year I cosplayed, because Rose Tico existed as a character who was Asian,” Candice Mack, a Los Angeles resident who participated, told Variety in July.

To be the first major character of Asian descent in the “Star Wars” Skywalker saga is an experience that has come with the brightest and darkest parts of fandom, and it was the latter that inspired the Rally for Rose march.

After appearing in “The Last Jedi,” Tran endured online bullying to such an extent, she deleted her social media accounts. She wrote about the experience in a moving essay for The New York Times in 2018. This past April, she was greeted with a standing ovation when she arrived on stage at Star Wars Celebration.

“The good things are such that people care and love this thing because it means so much to them. To be a part of something that has that sort of following is incredible,” Tran tells Variety while readying for her next “Star Wars” appearance in “The Rise of Skywalker.” “When it comes to the other side of things, we’re living in such a weird time. The world is really divisive right now. [For] me, that experience was sort of an example of that.”

Tran says that playing Rose Tico — the mechanic and everywoman aiding the Resistance — has been particularly special, as Tico’s story is very much one from her own background: Tran’s parents fled Vietnam for the U.S. during the Vietnam War. In playing Tico — whose backstory includes escaping her home planet, which was ravaged by the First Order — Tran says she’s not sure where Rose ends and Kelly begins.

“My parents are both war refugees from Vietnam. They had to leave their country and come to a new one, didn’t have their parents with them, didn’t see them for 20-plus years. So, it’s very much entrenched in my family, and my family’s history,” she says. “At one point, you’re like, ‘Who’s Rose and who’s Kelly?’ I don’t know!”

And now that the Skywalker saga is ending, Tran thinks that Tico offers a new hope, especially for young Asian American fans – that they, too, can have a place on the big screen, in a galaxy far far away. In these made-up universes and real-life spaces that are still evolving to include them.

“I cannot wait to see what this next generation does ‘cause the rules that we grew up believing are so…” Tran pauses and lets out a laugh, “They’re lies.”