Oscar Isaac Has Never Felt Like a ‘Star Wars’ Insider 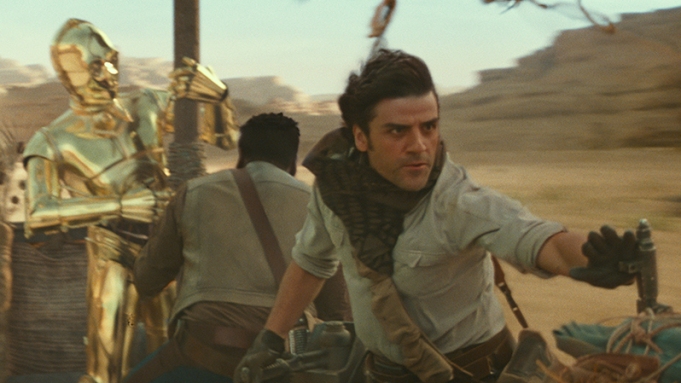 Unlike his “Star Wars: The Rise of Skywalker” co-stars Daisy Ridley and John Boyega, Oscar Isaac had already established a long and acclaimed acting career before J.J. Abrams cast him as ace X-wing pilot Poe Dameron in 2015’s “Star Wars: The Force Awakens,” including standout roles in 2006’s “The Nativity Story” and 2011’s “Drive,” and leading roles in 2013’s “Inside Llewyn Davis” and 2014’s “A Most Violent Year” and “Ex Machina.”

At 40, Isaac is also old enough to have grown up with the original “Star Wars” trilogy as it was first seizing the globe. So even though he’s spent the better part of a decade inside this generations-defining franchise, he still cannot quite wrap his brain around the idea that he actually helped make these movies. He talked with Variety about that experience and how “Star Wars” obliterated the trick he’s always used to help him make a film.

This is your third “Star Wars” movie, and you’ve now been in three of the biggest movies that have ever been made. How are you handling the end? How has making these movies changed how you view the world?
Well, it’s interesting, because there was a very interesting mix of knowing that there was this three-film trajectory that was happening, as abstract as that was for me, and at the same time, the uncertainty of knowing that I had to do something but not knowing how I was going to be used [in the movies]. So that was an interesting adjustment. Now, having finished the whole arc of it and being here at this moment that seemed so, so far away at that time when we’re first kind of venturing out on this journey — it’s a really wild place to be, you know, like being on the top of the mountain looking back down at the thing that we just climbed and thinking, ‘Wow, I never thought I’d get this far.’ And it’s also been an interesting journey as an actor with the development of a character. That’s always been a bit of a wild card as far as the energy and his use of the story.

As far as my the view of the world, it’s fascinating to see that all those little kids that saw “Star Wars” and loved it so much, and that now have grown up and are even more excited about it now — are the ones that are ruling the world. Like, all of us that, you know, read comic books and watch these things and thought, ‘Imagine if this could happen, imagine if they made movies about this and that,’ and now we’re the ones in charge, and that’s exactly what we’re doing now. It’s just kind of a funny time. It’s not a time that any one of us could have imagined.

Has it changed how you see yourself at all, making these movies and being inside the phenomenon of them?
Yeah, even with this third film and you know, knowing that there’s a lot of people that really enjoy the character, it’s very difficult to feel any ownership over this, because it is such a cultural phenomenon. And it’s so much bigger than any one movie, any one performance, any one character. So I don’t really feel like an insider, even though I am. I still feel like I’m kind of looking at it from the outside, being like, ‘This is a crazy thing and I just happened to be part of it.’ But it’s just so, so massive.

I mean, one of the elements of that for you has been how immediately so many fans latched onto the idea of Poe and Finn as a romantic relationship. Was that something that you could see coming at all when you were in the process of making “The Force Awakens” with John Boyega?
I mean, there was an absolute natural chemistry with him. I immediately felt very connected to him. I remember, it was an audition and the two of us just, like, did that first scene back to back, butt to butt, you know, just like doing the scene together, practicing it in this room. And it was just like immediately all kind of artifice, everything just collapsed, and there’s like an intimacy that was very just, like, there. And I think the fact that neither of us shied away from that while we were shooting as well, I think it was just like, these are two guys that are happy being intimate with each other emotionally. So it wasn’t actually a total shock [that] people, you know, saw that in there. Personally, I kind of hoped and wished that maybe that would have been taken further in the other films, but I don’t have control over that.

There’s this huge amount of expectation that is completely separate from the people who are actually making the thing, and you are in the middle of it in a way. How’s that been for you to navigate?
Well, I never felt that there was these big fan expectations for Poe. People felt certain things for him, but there wasn’t necessarily like, ‘I hope — they better do this with Poe in the next one.’ So I never really felt that so much. If anything, I think the first one, I was able to do the trick that I kind of always do, which is really put myself in the mentality that, ‘well, no one might see this and it’s not about that and really, it’s just about what’s happening right now.’ There’s no control over what it’s going to be. It was difficult in the second one to kind of maintain that illusion, after seeing how massive it was. So [I was] battling with self-consciousness, and already, you know, there’s something about these kinds of movies that invite one to be even more self-conscious, because there’s just so much looking out to, you know, looking back into it, like, what is this tone? What are you supposed to be doing? You know, it’s a very specific small window, the target you’re supposed to be hitting. And so that was definitely a challenge.