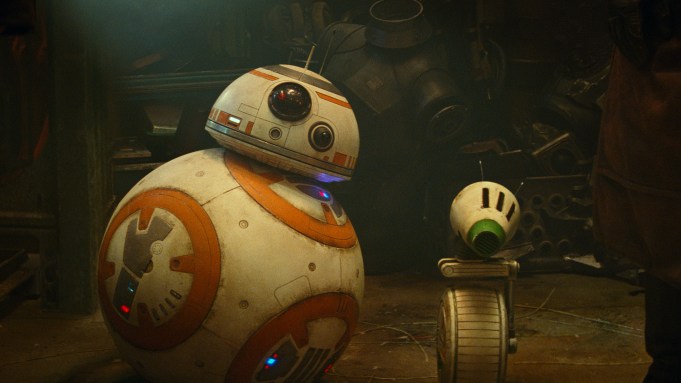 Disney’s “Star Wars: The Rise of Skywalker” continues to reign supreme at the holiday box office, crossing $300 million domestically over the weekend after Friday’s tally of $26.2 million.

J.J. Abrams’ third and final installment in the latest Star Wars trilogy is expected to earn over $76 million in its second weekend in North America. Its domestic is now $316 million, which trails “The Last Jedi’s” $321 million by less than 2% after debuting nearly 20% behind “The Last Jedi” in its opening weekend.

Sony’s “Jumanji: The Next Level” is on track for a $33.2 million weekend for a second place finish. Meanwhile, the studio’s “Little Women” reboot is headed for a solid $16.5 million weekend. Greta Gerwig’s adaptation of Louisa May Alcott’s classic novel is looking at nearly $30 million for its five-day opening from Christmas.

Disney’s “Frozen 2” continues to stay hot at the box office with $16.8 million for the weekend. Disney’s other animated feature, “Spies in Disguise,” released with Fox and starring Will Smith and Tom Holland, is headed for a $13.4 million weekend and north of $22 million for the five-day frame.

A24’s “Uncut Gems” is packing up a stellar $9.3 million weekend from just 2,341 locations. The Adam Sandler-Safie brothers indie is looking at a five-day cume of $18.2 million.