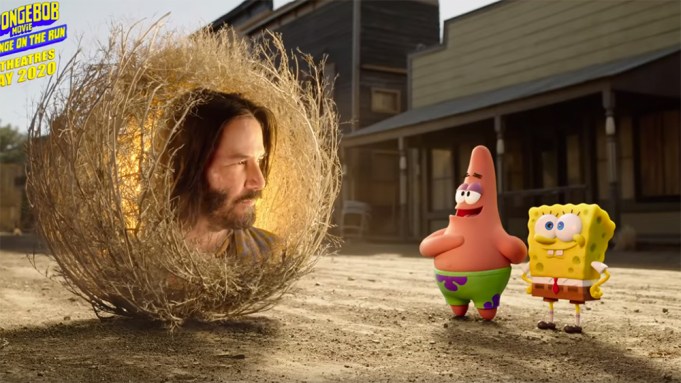 Millennials and Gen-Zers, say goodbye to the David Hasselhoff “SpongeBob” cameos of your childhood. According to the “Sponge on the Run” trailer, Keanu Reeves, or rather his floating head, will make an appearance in the upcoming film premiering May 22, 2020.

The latest film in the SpongeBob franchise follows the yellow sponged hero and his friend Patrick as they set off on the road in their search to find SpongeBob’s lost snail Gary.

“Call me Sage. I’m made of sage and I am a sage, so it works out pretty well,” Reeves says to the duo, to which the affable but not-so-smart companion responds by saying, “I’m Patrick, my name means ‘toaster’ in Celtic.”

Along with an updated Patty-mobile, the trailer also shows SpongeBob and Patrick falling prey to ice cream, churros, cotton candy and the dangers of gambling after stumbling upon the lost city of Atlantic City.