Sony Pictures Chief on Spider-Man Split: ‘For the Moment the Door is Closed’ 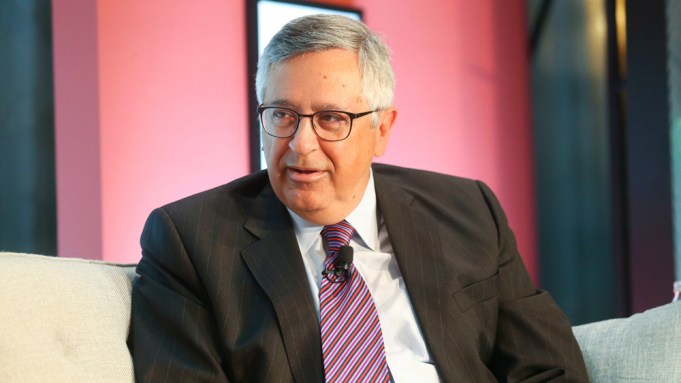 Fans holding out hope that Spider-Man might be returning to the Marvel Cinematic Universe will be disappointed to hear that “for the moment the door is closed,” according to Sony Pictures chairman and CEO Tony Vinciquerra.

Speaking at Variety‘s Entertainment & Technology summit, Vinciquerra cryptically added that “it’s a long life,” implying that perhaps in the distant future the web-slinging hero might swing his way back to the Disney-owned company.

Vinciquerra insisted that there is “no ill will” between Sony and Marvel, after the two failed to reach on agreement on financing terms for upcoming Spider-Man movies, effectively removing Tom Holland’s Spider-Man from the Marvel fold in terms of both future standalone and team-up features. However, he also did acknowledge the fan backlash to the news, saying that it has been “an interesting couple of weeks” for the studio.

Vinciquerra pointed to Marvel boss Kevin Feige being “stretched incredibly thin” with new additions coming to the MCU as one of the reasons behind the breakdown in talks.

“We had a great run with (Feige) on Spider-Man movies,” the Sony chief said. “We tried to see if there’s a way to work it out….the Marvel people are terrific people, we have great respect for them, but on the other hand we have some pretty terrific people of our own. Kevin didn’t do all the work.”

Now that one of its biggest properties is back solely in its hands, Vinciquerra said that Sony plans to launch its own universe using the vast array of Spider-Man characters.

The studio is in production on a second “Venom” film, a picture based on the character Morbius and “five or six” TV series set in the Spider-Man world. The Sony boss bullishly expressed his belief that the character will do “just fine” outside of the MCU, pointing to the success of “Spider-Man: Into the Spider-Verse” and the Sony-Amazon series “The Boys” as evidence that Sony is fully capable of hitting the mark on the superhero front.

Many have expressed the hope that Spider-Man might still remain in the MCU, with Marvel stalwart Jon Favreau commenting during his keynote conversation at the Ent & Tech summit that the split is “not for lack of trying.”

“I’ve been talking to everybody about it…I’m cautiously optimistic,” Favreau said of the Spidey situation. “I think it’s a long way away and I think the collaboration has been really strong up to this point so I’m hopeful that there’s away for us all to play together going forward.”

Putting the web-slinger aside, Vinciquerra firmly stated that Sony Studios is “not for sale,” despite regular press coverage to the contrary. The Sony boss also discussed the studio’s decision to stay out of the streaming wars thus far in terms of the general market, a decision which he said allows Sony to be “more transparent” with its creators by not becoming “beholden to any platform.”

Vinciquerra said that when he first came to Sony in 2017, he saw the need to make sweeping changes at the studio to keep up with the rise of streaming.

“With the evolution of the business into the streaming world, both on the theatrical and television side, the opportunities are terrific, but the organizations that were in place at the time were not suited or designed to take advantage of those opportunities,” he said. “We were able to transition in a relatively short period of time to be representative of what the business looks like, and that’s what I enjoy doing, that’s what’s fun about the job.”

As for where in the streaming landscape “Seinfeld,” one of Sony’s most beloved properties, will end up, Vinciquerra was suitably tight-lipped. But when pressed on the time frame in which a deal will be reached, he cryptically stated that it will be struck “before it snows in New York.”