Inside the Spider-Man Split: Finger-Pointing and Executive Endgames 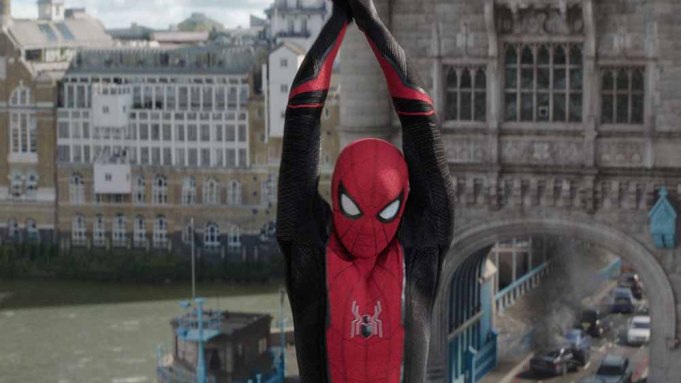 Spider-Man’s neighborhood has been decidedly unfriendly this week. A private and contentious battle over the onscreen future of the beloved Marvel superhero has spilled out into the public square over the past few days. After making nice for two wildly successful films, Sony Pictures, which holds the licensing rights to the Marvel character, will go it alone. As every fanboy and girl out there now knows, it will no longer partner with the Disney-owned Marvel Studios on producing sequels.

Fallout from the creative divorce has revealed a callous truth about Hollywood’s obsession with the bottom line: Studios don’t like to cut big checks, particularly when the recipient is a rival studio.

On Wednesday, Sony confirmed reports that the producing deal between the company and Disney employee and Marvel chief Kevin Feige would end. That leaves the franchise without Feige’s guidance and effectively removes Spider-Man from the Marvel Cinematic Universe. Feige’s team had been credited with giving the character a lighter touch that blended wisecracks and teen angst in a way that was truer to the original comics.

Less than 24 hours after Sony’s Tuesday announcement that the latest standalone Spider-Man film, “Far From Home,” had become the highest-grossing film in the studio’s 90-year history, news broke that the collaboration was over. The reports were conveniently timed.

Sony had been in negotiations to keep Feige in the fold as a consulting producer, but Disney — who just this year swallowed 20th Century Fox and all of its Marvel characters with it — left the table after Sony refused to increase its share of the profits. Some reports said that Disney was looking to essentially become a 50/50 partner in the series. Another insider close to the deal said negotiations came up for renewal as long as six months ago, and Sony did not move to act on a new pact. Others with knowledge of the deal disputed this, saying Disney made it clear it was no longer interested in partnering. The finger-pointing has been dizzying.

Several insiders said Sony Pictures chief Tom Rothman was willing to give up as much as roughly 25% of the franchise and welcome Disney in as a co-financing partner in exchange for Feige’s services. When Marvel took on producing duties on “Spider-Man: Homecoming” in 2015, Disney negotiated for a percentage of first-dollar gross and licensing rights for consumer goods. While Spider-Man may never again appear in a Marvel Studios-produced film, the character will still be found roaming Disney theme parks taking photos with families and emblazoned on merchandise in gift shops.

To say Feige is essential to the future success and profitability of the Walt Disney Company is an understatement. He is an asset that Disney has become unwilling to share with a rival studio, even at the expense of millions of moviegoers who prize Spider-Man as a member of the MCU. Trending topics like #SaveSpiderManFromSony overtook Twitter. Marvel founder Stan Lee’s daughter J.C. Lee backed Sony, saying her father’s creations need multiple points of view, going as far as to say “no one treated my father worse than Marvel and Disney’s executives.”

One insider said that Disney was partly motivated to walk away from the negotiations because it wants Feige’s full attention on the newly-acquired Fox properties. After “X-Men: Dark Phoenix” bombed, one person familiar with Walt Disney Studios said co-chairman Alan Bergman insisted talks with Sony end. Another insider disputed “Dark Phoenix” as a motivator, but said Bergman led the charge on the Spider-Man deal.

Rothman is known as a hard-driving negotiator, and some individuals who have worked with him in the past privately suggested the public breakup may be a tactic to try to get Disney to make concessions. If talks don’t resume, it will fall to producer Amy Pascal to deliver films that have the same creative zip as those that bore Feige’s imprint. That could grow more challenging now that Pascal has wrapped up an overall producing deal at Sony in favor of a new pact at Universal.

Tom Holland, the youthful British star who became a fan favorite, isn’t going anywhere soon. He is on the hook for two more films and could renegotiate his deal at some point in the future. Sony also enjoys licenses for some 900 other characters, tangentially related to Spider-Man, with which it is fashioning a Spider-verse. “Venom,” one of its first forays into cinematic universe-building was a darker adaptation with Tom Hardy and became a box office hit. The plan, insiders said, has always been to unite Holland’s Spider-Man and Hardy’s Venom in the same film. There’s also Jared Leto’s sexy vampire flick “Morbius” in the works, and a standalone film for “Kraven the Hunter.”

Sony Pictures and Walt Disney Studios declined to comment on the matter.

Marvel may regret the decision down the road when it comes time to unite its top-shelf characters in one big-screen epic. But that’s not the priority. For now, the studio has made it clear that it is focused on creating origin stories for new characters. Its upcoming slate includes “The Eternals” with Angelina Jolie, “Shang-Chi and the Legend of the Ten Rings” and a reboot of vampire hunter project “Blade” starring Mahershala Ali. There’s not a lot of opportunities there to assemble the super team that Stark once led and Spidey joined.

As one industry insider wryly noted : “If you didn’t notice, the movie was called ‘Endgame.’”