Tom Holland Swings Back Into Action in ‘Spider-Man: Far From Home’ First Trailer 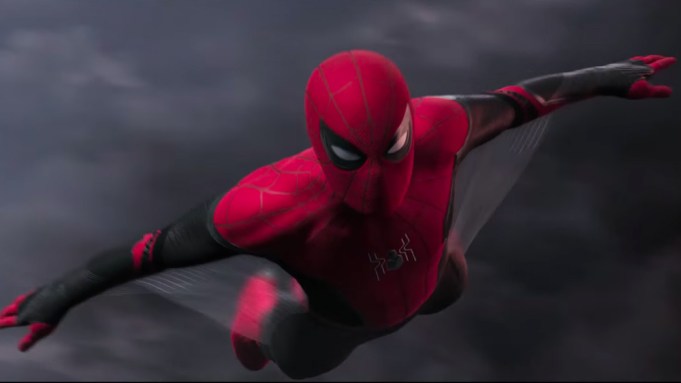 Tom Holland embarks on a European adventure in the first trailer for “Spider-Man: Far From Home.” But this isn’t a typical Euro trip.

But his plans change in Venice when perturbed spymaster Nick Fury (played by Samuel L. Jackson) shows up to deal with several creature attacks that are plaguing the continent. So Parker swings back into action and encounters the enigmatic criminal Mysterio. Portrayed by Jake Gyllenhaal, the villain warns Peter, “You don’t want any part of this,” as he tries to destroy London.

Sony saw strong results when it released “Spider-Man: Homecoming,” its latest installment of the hit superhero franchise, in the summer of 2017. The movie grossed $334.2 million in North American and hauled $880.1 million worldwide.

Holland debuted the first trailer for “Spider-Man: Far From Home” on his personal Instagram page via Instagram Live.