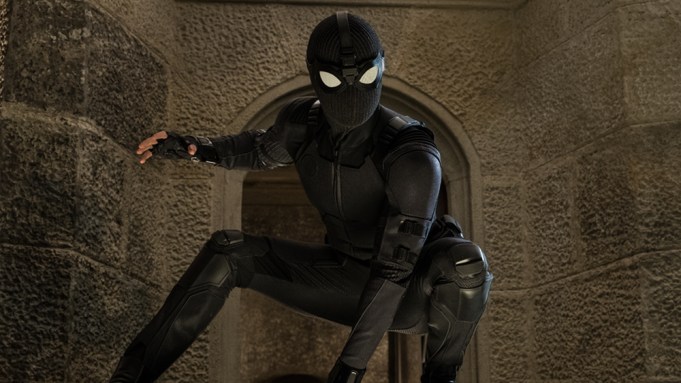 The Marvel Cinematic Universe polished off its Phase 3 with “Spider-Man: Far From Home” this week, and filled it with tons of jokes, references and homages in the Spidey sequel. Casual Marvel fans and hardcore comic readers were sure to pick up on most of the Easter eggs, but here’s a list of some of the major ones.

In the final battle against Mysterio, Spider-Man subtly imitates Captain America during his epic fight with Thanos in “Avengers: Endgame.” Just like Cap wielded his shield and Thor’s hammer in each hand, Spidey swings a drone explosive in one hand and uses a Tower Bridge sign as a shield. The same music from “Endgame” plays, and just like Cap, Spidey gets up from being knocked down to finish the unfair fight.

“Bring me photos of Spider-Man!”

In the mid-credits scene, J.K. Simmons reprises his role as the brash editor from “The Daily Bugle,” J. Jonah Jameson. A longtime comic staple, Simmons first appeared as this character in Sam Raimi’s original “Spider-Man” trilogy. This time around, Jameson appears to have turned “The Bugle” into an Infowars-style conspiracy theory network.

Return of the Skrulls

The shape-shifting aliens return to the MCU after nearly stealing the show in “Captain Marvel” earlier this year. The big reveal that Skrulls had been impersonating Nick Fury and Maria Hill the entire time made it seem like Marvel was setting up the infamous “Secret Invasion” storyline, but luckily there was no foul play. Somewhere in space, Fury and the Skrulls look like they’re creating S.W.O.R.D., the galactic replacement for S.H.I.E.L.D. from the comics.

Mysterio’s Elementals reference classic and obscure villains from the Spider-Man mythos. The monsters look like they could be Molten Man, Hydro-Man, Sandman and Cyclone, but they take their name and origins from an older group of baddies made up of Hellfire, Hydron, Magnum and Zephyr. In one scene, Flash Thompson also namedrops Morris Bench, who is Hydro-Man’s alter-ego from the comics.

One of the Mysterio’s cronies first appeared in a brief scene from “Iron Man” in 2008, playing a spurned scientist who gets chewed out by Obadiah Stane for not replicating Tony Stark’s technology. The same actor, Peter Billingsley, reprised the role 11 years later in “Far From Home.”

A Chameleon lurking around?

Dmitri, the intimidating S.H.I.E.L.D. agent tasked with chaperoning the high schoolers, could have been the classic villain Chameleon from the comics. Before the movie debuted, fans theorized the master impersonator could be working with Mysterio to fool the heroes, but the character ended up with only a minor role.

In a blink-and-you-miss-it shot, Peter’s suitcase has the initials B.F.P. embroidered on it, which stand for his uncle, Ben Parker. Unlike the other Spider-Man movies, the Marvel Cinematic Universe has yet to show or directly refer to Uncle Ben, who helped raise Peter and told him “with great power, comes great responsibility.”

One of the most shocking moments came when Mysterio’s hallucinations caused Spidey to see a zombified Iron Man rise from the grave and attack him. The creepy shot was likely an homage to the “Marvel Zombies” comic series created by Robert Kirkman of “The Walking Dead” fame.

Time to suit up

Spider-Man’s all-black stealth suit is clearly a reference to the black-and-white Spider-Man Noir from Marvel comics, who also was voiced by Nicolas Cage in “Into the Spider-Verse.” The Iron Spider and homemade hoodie suit from “Homecoming” also appear, and so does the Velocity suit from the “Spider-Man” PlayStation 4 game when Peter makes his new costume.

In the beginning of the movie, Aunt May helps run a center for people who need shelter and food after “the Blip,” and she enlists Spider-Man to sign autographs to raise money. In the comics, May volunteers for a similar charity called F.E.A.S.T. (Food, Emergency Aid, Shelter and Training).

Mysterio spins a story that he’s from an alternate world called Earth-833 and somehow he was brought to our heroes’ Earth-616, which are both actual dimensions from the comics. Earth-616 is where the majority of Marvel stories take place, and Earth-833 is home to Spider-UK, an alternate friendly neighborhood Spider-Man from across the pond.