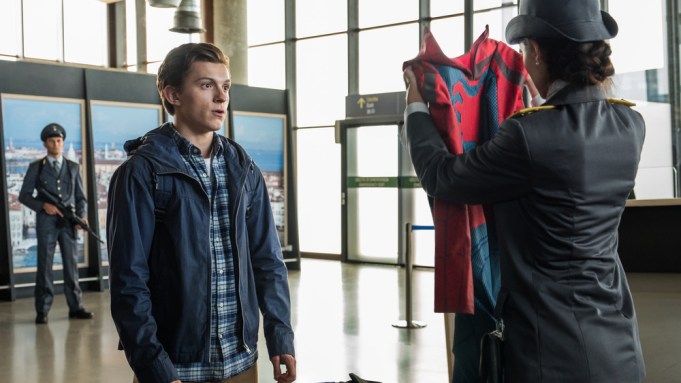 Sony’s “Spider-Man: Far From Home” might not have saved the summer from box office doldrums, but its successful start lifted the spirits of a movie business that was in a depressive state.

The superhero adventure, starring Tom Holland as the masked web-slinger, opened ahead of the July 4th holiday and collected a mighty $185 million during its first six-days in North American theaters. Overseas, the latest Marvel blockbuster continued its rollout at the international box office with $395 million in ticket sales to date, putting “Spider-Man: Far From Home” at $580 million worldwide, just shy of the $600 million mark after 10 days of release.

“It’s not all gloom and doom,” said Paul Dergarabedian, a senior media analyst at Comscore. “This is an emotional boost for the industry, even if we’re playing catchup on the year to date deficit.”

Indeed, a number of underperforming franchises, remakes and spinoffs have ticket sales down 8% behind last year, according to Comscore. Here are a few reasons why “Spider-Man: Far From Home” beat the sequel slump that’s plaguing most of Hollywood.

Quality remains the best recipe. As blockbuster-hopefuls like “Men in Black: International,” “Shaft” and “Godzilla: King of the Monsters” failed to meet expectations, there’s one main reason “Spider-Man: Far From Home” was able to drive audiences to theaters en masse: It’s a good movie. Audiences have never had more options for entertainment, so it takes something special to get moviegoers off their couch when they could easily stay home to watch the latest season of “Stranger Things.” The latest Spidey adventure proved to be just that, as critics and audiences alike praised “Spider-Man: Far From Home” for setting up the next phase of Marvel heroes.

The follow-up to “Avengers: Endgame”

It doesn’t hurt that Sony positioned “Spider-Man: Far From Home” as the must-see aftermath to a little film called “Avengers: Endgame.” With $2.77 billion in global ticket sales, it seems like just about every person on the planet went to bid farewell to Tony Stark in the epic blockbuster finale, and comic-book enthusiasts were eager to see what would come of Iron Man’s protege, Peter Parker. It also helps that Disney, in its bid to beat “Avatar” as the biggest movie of all time, drummed up fervor with a theatrical re-release of “Avengers: Endgame” a week earlier. Its return to multiplexes included a sneak preview of “Spider-Man: Far From Home,” which proved enough to whet the appetite of Marvel superfans.

“Spider-Man: Far From Home” isn’t the only movie this summer to debunk the notion of franchise fatigue, but Marvel still remains the gold standard when it comes to sequels and spinoffs. It’s worth noting in a year where things at the box office are looking bleak, three of the top five biggest movies through the first six months of 2019 are from the Marvel Cinematic Universe: “Avengers: Endgame,” “Captain Marvel” and “Spider-Man: Far From Home.” That’s a track record even the most beloved properties couldn’t compete with. It’s one that Marvel Studios president Kevin Feige has been able to uphold by churning out standalone adventures and superhero mashups that consistently meet or exceed the high standards of ticket buyers. Even though a combination of Earth’s Mightiest Heroes have graced the big screen within months of each other, audiences are willing to return to their local multiplex to see the Avengers next adventures.

“They have the interconnectivity of these worlds that ensures a loyal and fervent audience,” Dergarabedian said. “That’s money in the bank for Marvel.”

Marvel fans can’t get enough of Holland’s boyish charm. His adoration among the superhero community is one that’s especially impressive considering the 23-year-old is the third actor to don the spandex suit in the last two decades. But Holland has proved himself to be just as much a fanboy as everyone else, and his tendency to accidentally reveal major spoilers is one of many reasons he’s beloved by audiences of all ages. The high-school antics of Peter Parker and his pals helps “Spider-Man: Far From Home” win over an even younger audience, with almost 60% of opening weekend crowds under the age of 25.

“There’s just something perfect about Tom Holland right now,” Dergarabedian said. “Not since Robert Downey Jr., in my opinion, has a superhero character been so perfectly inhabited by an actor. He brings a real freshness to the role.”

Plus, Holland’s chemistry with MJ (played by an equally charming Zendaya) is enough to set their combined 20 million-plus social media followers ablaze.

After a lackluster June at the domestic box office, the exhibition industry was ripe for a hit. Sony opened “Spider-Man: Far From Home” on a Tuesday, allowing buzz to build ahead of the July 4th holiday weekend. The blockbusters debuted two weeks after Disney’s “Toy Story 4” and two weeks ahead of Disney’s “The Lion King,” giving just enough time between tentpoles for moviegoers to make multiple trips to the theater this summer.