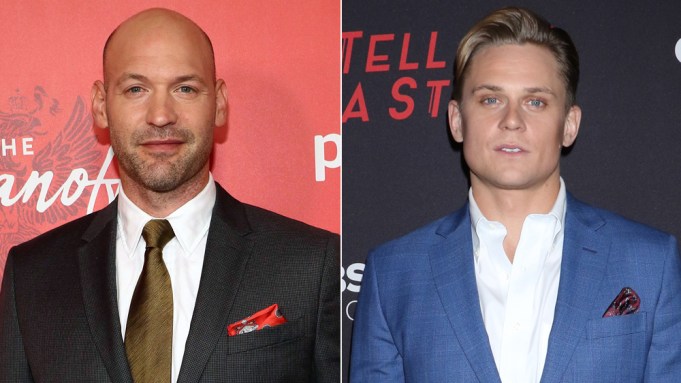 Corey Stoll and Billy Magnussen are set to join the ensemble of the “The Sopranos” movie prequel, “The Many Saints of Newark.”

They join Alessandro Nivola, Jon Bernthal, and Vera Farmiga, who had previously been added to the cast. More players from the “Sopranos” lore are expected to be coming on board.

New Line could not be reached for comment on the casting.

The film is set during the Newark riots in the ’60s.

Series creator David Chase co-wrote the script with producer Lawrence Konner. Alan Taylor is directing “The Many Saints of Newark,” while Nicole Lambert and Marcus Viscidi are executive producing. Chase has been hands on from the get-go in the casting process, hand-picking Nivola to play Dickie Moltisanti, along with Stoll and Magnussen in their mystery roles.

Stoll has been busy on both the big and small screens, most recently appearing as Buzz Aldrin in “First Man.” On TV, he had roles in “The Romanoffs” and “The Strain.” Stoll can next be seen in the “One Flew Over the Cuckoo’s Nest” Netflix series, “Ratched.” He is represented by UTA, Suskin Management, and attorney James S. Adams.

As for Magnussen, he has a busy year ahead with Netflix’s “Velvet Buzzsaw” and Disney’s “Aladdin.” He is repped by WME, BRS/Gage, Anonymous Content, and Sloane, Offer, Weber & Dern.