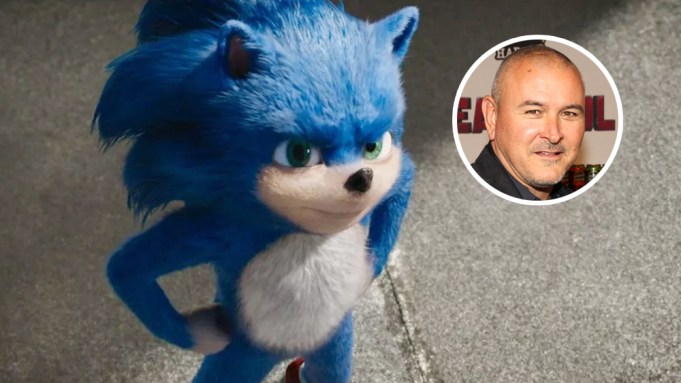 The filmmakers behind the live-action hybrid “Sonic the Hedgehog” film made an unprecedented move this spring, by pulling the project off of Paramount’s release schedule to redesign the beloved title character after instant backlash to his unique design.

Video game fans and harsh social media users went in instantly on the gold-coin-gobbling creature’s human attributes, which included human teeth and jacked calf muscles (he’s a runner, after all). Big screen adaptations of nostalgic properties like Sonic are no strangers to keyboard critics, but the film’s executive producer Tim Miller explained to Variety why the decision to redesign was an important one.

“This is a franchise, and it has to be great,” Miller said during a sit-down this week to discuss his upcoming trip to San Diego Comic-Con, where he will present his film “Terminator: Dark Fate.” Miller has a hand in “Sonic,” under the purview of director Jeff Fowler, who himself is a member of Miller’s effects and production company Blur Studio.

“Look, I was with fans and so was Jeff.  When the s–t hit the fan, I went over there and said, “The most important thing to do, man, is say, ‘I f–ked up,’” Miller said. “He’d already sent a tweet out an hour before I got there. He’s a good man. It was exactly the right way to handle that. The fans have a voice in this too. There’s a right way to listen.”

While the new pass on Sonic has pushed the film to Valentine’s Day 2020, Miller thinks it will pay off. When asked if he’s seen the new designs, Miller said “in fact I have. And I think the fans will be pleased.”

The project, based on the Sega video game franchise, had been in the works at Sony, but Paramount picked up the project last year when the studio let its film rights lapse. Sega launched the Sonic game in 1991 and has sold more than 360 million copies to date, including both packaged and digital games on consoles, tablets and mobile.