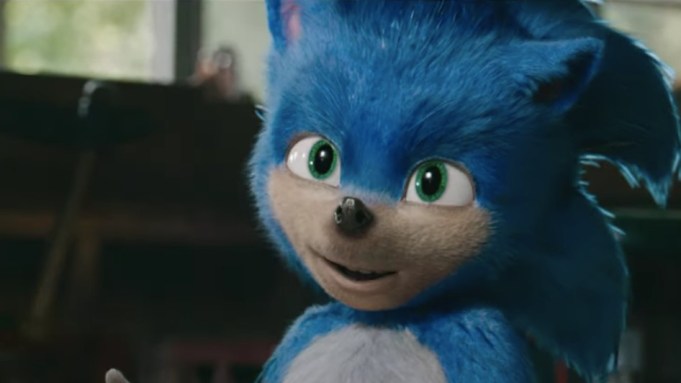 Paramount Pictures is pushing its “Sonic the Hedgehog” movie back three months, from Nov. 8 to Valentine’s Day.

The delay follows fan criticism over the appearance and design of the titular blue hedgehog — particularly his teeth and lean legs.

Earlier this month, Fowler took to Twitter to address the backlash following the trailer release. “The message is loud and clear… you aren’t happy with the design & you want changes,” he tweeted. “It’s going to happen. Everyone at Paramount & Sega are fully committed to making this character the BEST he can be… #sonicmovie #gottafixfast.”

“Sonic the Hedgehog” will face off against Universal’s romantic comedy “The Photograph,” starring Issa Rae and Lakeith Stanfield, and Fox’s untitled “Kingsman” movie, the third in the franchise.

The project, based on the Sega video game franchise, had been in the works at Sony, but Paramount picked up the project last year when the studio let its film rights lapse. Sega launched the Sonic game in 1991 and has sold more than 360 million copies to date, including both packaged and digital games on consoles, tablets and mobile.