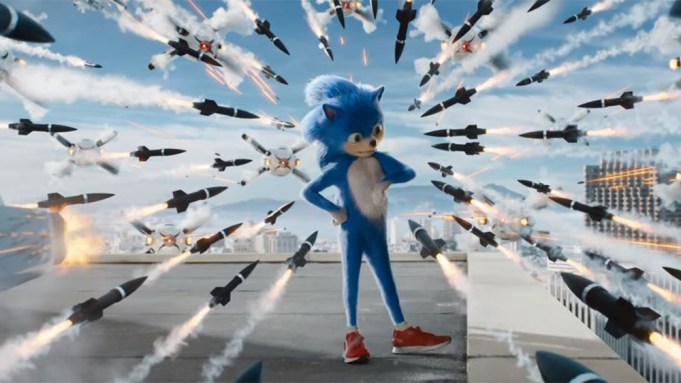 “Sonic the Hedgehog” director Jeff Fowler has responded to fan criticism over the appearance and design of the titular blue hedgehog, writing on Twitter that design changes are “going to happen.”

“The message is loud and clear,” Fowler wrote on Twitter Thursday. “You aren’t happy with the design & you want changes. It’s going tp happen. Everyone at Paramount & Sega are fully committed to making this character the BEST he can be…#sonicmovie #gottafixfast.”

Most of the fan outcry on the Internet, which broke out after the trailer dropped Tuesday, seemed to center around the use of human teeth on Sonic, who is, in fact, a hedgehog and would have much smaller, pointy teeth. Vulture even interviewed an exotic animals veterinarian who works with hedgehogs to get the lowdown on what Sonic’s teeth should look like. Some fans, however, debated whether realistic teeth would really improve things.

I get why everyone is freaking out about how Sonic looks in the trailer. It's because his teeth are not accurate to real hedgehogs.

I fixed it. You're welcome. pic.twitter.com/nUfTE4n5Bt

According to the YouTube video’s description, the movie “follows the (mis)adventures of Sonic as he navigates the complexities of life on Earth with his newfound – human – best friend Tom Wachowski. Sonic and Tom join forces to try and stop the villainous Dr. Robotnik from capturing Sonic and using his immense powers for world domination.”