Why Shia LaBeouf Is Only Happy While Acting: ‘When I’m Not on a Set, Life Gets Hard’ 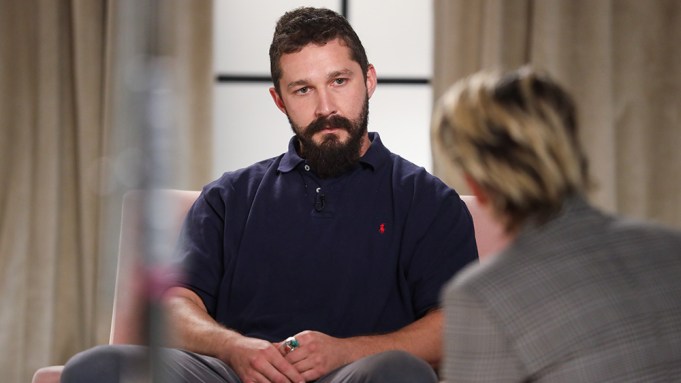 Shia LaBeouf (“Honey Boy”) believes that acting is a conduit for love.

LaBeouf explained what his profession does for his happiness to Kristen Stewart (“Seberg”) during a conversation for “Variety Studio: Actors on Actors.”

“The most intimate moments of my whole life happened on set,” LaBeouf said. “I don’t know if there’s anything more intimate than creating something with somebody. I think I’m deeply dissatisfied in life.”

“Yeah, but, this is your life,” Stewart said.

“Exactly. This is where things get tricky for me, it isn’t my whole life. I have to get okay with that. That’s usually where things go awry for me. When I’m not on a set, life gets hard.”

“Do you do anything else?”

“No, this is why I’m trying to develop. Trying to grow.”

“Maybe I will. I won’t like pottery in life, but I will love pottery on set. Like I don’t like ice cream in life, but if you give me ice cream on a set, I f—ing love ice cream. I think that’s what [acting] does for me. It makes me love things. It feels like the conduit for love to me. I hold it that sacred.”

When posed with the same question in the beginning of the interview, Stewart said: “If you have a conversation with someone or if you read something that somebody has externalized because they needed to get it out and look at it, the most indulgent way to consume and possess a narrative is by literally doing it,” Stewart said. “I’ve never done anything without it feeling like it’s a part of my life, that those memories are mine, that they’re things I experience, not just scenes that I was pretending to do and stories I was servicing.”

Variety‘s Actors on Actors issue is on newsstands now. The Emmy-nominated companion series will air on PBS stations and the World Channel starting in January. Check back for more from LaBeouf, Stewart and the other best actors from this year’s film season.