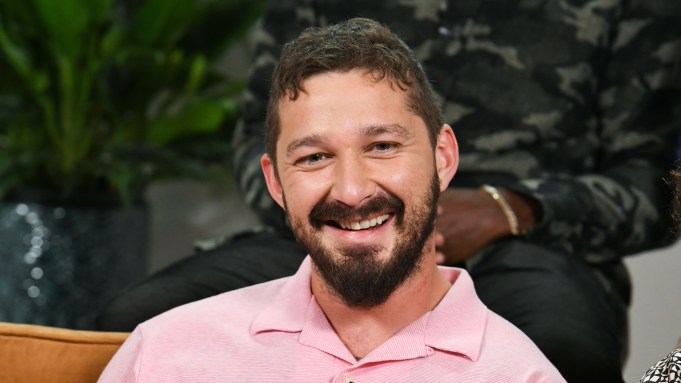 Shia LaBeouf is telling all. Sort of.

The actor both wrote and stars in “Honey Boy,” which tells the story of his turbulent childhood under the care of his alcoholic and drug-addicted father.

LaBeouf wrote the screenplay while in rehab after sharing some of his writing with his director and friend, Alma Har’el. “I was just sending her stuff that I was writing down,” LaBeouf remembered while promoting the film at the Variety Studio presented by AT&T during the Toronto Film Festival. “I had a flashlight and was rummaging through the attics of my soul trying to figure stuff out, figuring my past out…She was like, ‘Oh, this is a movie.’”

Directed by Har’el, “Honey Boy” chronicles LaBeouf when he was a child star on the Disney Channel. He lived in a seedy Hollywood motel with his father, who not only mentally and physically abused his son, but also introduced him to smoking cigarettes and marijuana before he was even a teenager.

In the movie, young LaBeouf (named Otis in the film) is played by Noah Jupe while Lucas Hedges plays him as an adult when he was in rehab.

“Honey Boy” proved to be therapeutic. “You excise demons,” LaBeouf said. “This felt a little bit like an exorcism.”

But not everyone was too keen on LaBeouf making the movie. “My whole team, my whole professional team, was not with it. They were not wanting me to do this.”

Like LaBeouf, Har’el is a child of an alcoholic. “I really feel I made this film for children of alcoholics,” she said. “They’re all like my brothers and sisters and when I show the film I kind of realize the whole world is dealing with daddy issues right now, so it’s kind of become bigger than that.”

As for his current relationship with his father, LaBeouf said, “He’s a very happy dude. I talked to him in the car on the way up here. He’s such a sweet old man now.”

LaBeouf has no regrets: “Smooth waters never made a skilled sailor and the s— just sort of helped my life big time.”