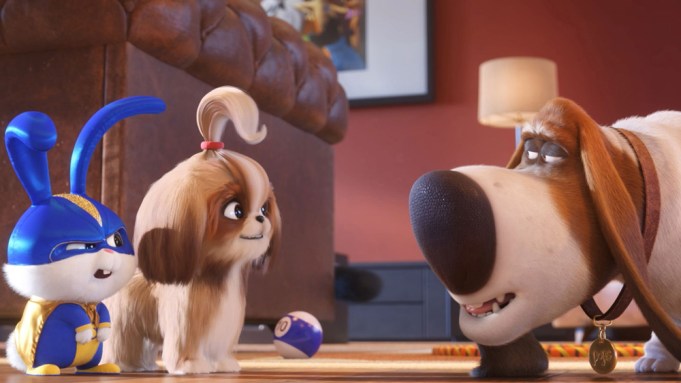 Universal Pictures is celebrating National Pet Day by dropping a new trailer for “The Secret Life of Pets 2,” highlighting the “emotional” side of our furry friends.

The footage shows the terrier Max, voiced by Patton Oswalt, being taken to the vet by his owner (Ellie Kemper) due to the stress of protecting her toddler son Liam.

Kevin Hart’s rabbit Snowball later tells Max, “The baby is leaving the nest,” as Liam heads off to preschool for the first time. Harrison Ford, making his animated-film debut as the Welsh Sheepdog Rooster, pushes Max to deal with his fears.

“The first step of not being afraid is acting like you’re not afraid,” Rooster declares.

The trailer arrives a day after the announcement of an upcoming “Secret Life of Pets” ride at Universal Studios Hollywood, called “The Secret Life of Pets: Off the Leash!,” adjacent to the “Despicable Me Minion Mayhem” attraction.