‘Scary Stories to Tell in the Dark’ Ties the Stories Together: Watch the First Full Trailer 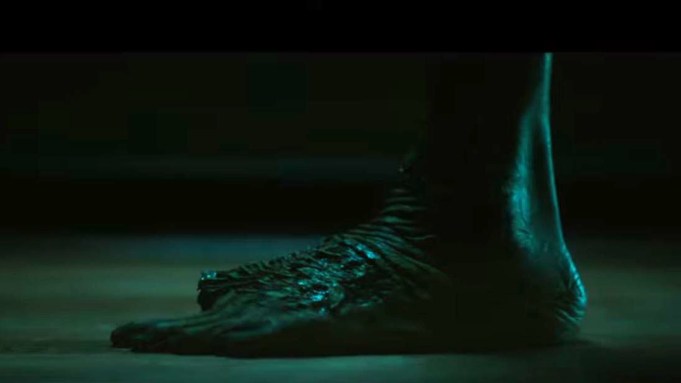 The first trailer for “Scary Stories to Tell in the Dark” was released on Thursday, giving fans an extended look at the upcoming film after unveiling a few macabre teasers during the Super Bowl earlier this year.

The film follows a group of teenagers as they solve a string of mysterious murders. In 1968, the teenagers discover a book full of scary stories inside a mansion belonging to the Bellows family, which has loomed large in small town of Mill Valley for generations. A young girl named Sarah, the author of the mysterious book, has filled the pages with terrible secrets. However, as it’s revealed in the first trailer you don’t read Sarah’s book, “the book reads you!”

André Øvredal (“The Autopsy of Jane Doe”) directs the upcoming film. Guillermo del Toro produced and wrote the screen story alongside Patrick Melton and Marcus Dunstan. Del Toro came on to the project in April of 2018, a month after winning Oscars for best picture and director for “The Shape of Water.”

Dan and Kevin Hageman wrote the screenplay based on the popular children’s book trilogy by Alvin Schwartz published in the ’80s and ’90s. This new translation, however, will attempt to thread all the stories together in one narrative.