Continue to Variety SKIP AD
You will be redirected back to your article in seconds
Oct 14, 2019 2:39pm PT 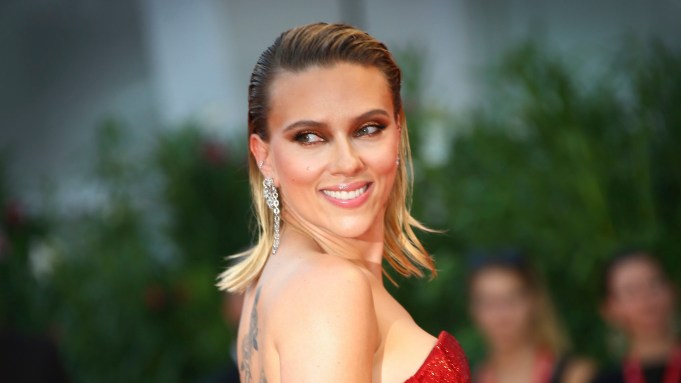 After the epic battle scene in “Avengers: Endgame” depicted the female superheroes uniting to protect Spider-Man from Thanos, Marvel fans started wondering if they’ll ever see the women unite for a standalone movie. “Captain Marvel” star Brie Larson generated even more buzz when she told Variety that she and other female co-stars have approached Marvel Studios president Kevin Feige about getting the ball rolling.

Now, during a sit-down interview with Variety, Scarlett Johansson says she is also “pushing” for the movie, despite her character Black Widow’s demise in “Endgame.”

“I don’t know what my future is in that world. Obviously, it’s a little more opaque for my character,” Johansson told Variety’s Marc Malkin while promoting her new film “Jojo Rabbit.” “But that group of actresses is so incredibly powerful and when they come together, it’s explosive and unstoppable. So yes, I’m pushing for that. I think audiences want it and I’m definitely one of them.”

Feige has expressed interest in an all-female film, but has yet to confirm a green light on the project. Marvel’s first female-led film, “Captain Marvel,” grossed more than $1 billion worldwide.

Johansson leads the upcoming “Black Widow” movie, set for release in May. The plot for the standalone film has yet to be revealed, but it does take place in Budapest. Directed by Cate Shortland, the “Black Widow” cast also includes Rachel Weisz (“The Favourite”), Florence Pugh (“Midsommar”), O. T. Fagbenle (“The Handmaid’s Tale”) and David Harbour (“Stranger Things”).