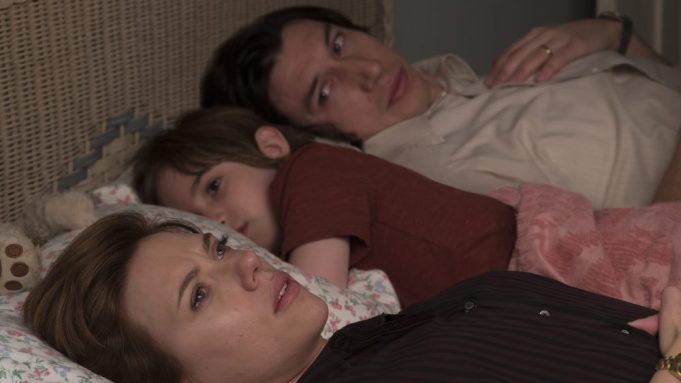 In the first trailer, Nicole (Scarlett Johansson) lists what she loves about her husband, Charlie: “He loves being a dad, almost annoying how much he loves it. He cries easily at movies. He’s very clear about what he wants.”

In the second clip, Charlie (Adam Driver), shares the best things about his wife, Nicole: “She’s a great dancer, infectious. She a mother who plays, really plays. She knows when to push me and when to leave me alone.”

Scored to “I’ve Been Loving You Too Long,” each trailer contains different footage up until the closing on a shared dour note. The distraught couple sit down for a tough conversation. “I thought we should talk,” says Nicole to Charlie, who replies, “I don’t know how to start.”

Baumbach explained the unorthodox dual trailer release, saying, “’Marriage Story’ is a love story that reveals itself within the breakdown. With these companion trailers I wanted to show the relationship through the eyes of both characters. There are many sides to every story, and the movie embraces these different viewpoints in order to find the shared truth.”

Laura Dern, Alan Alda, and Ray Liotta co-star alongside Johansson and Driver. The film will premiere at Venice Film Festival on Aug. 29 followed by screenings at Telluride, TIFF and the New York Film Festival. It will play in theaters starting Nov. 6 and be available to stream on Netflix on Dec. 6.