How to Watch 2019 SAG Awards Online 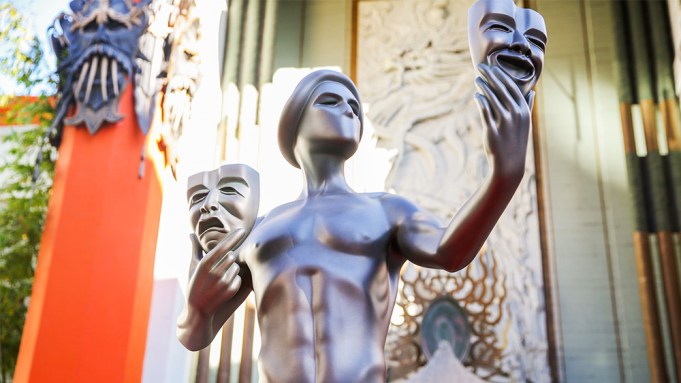 “Will & Grace” star Megan Mullally will bring the laughs on Sunday as host of the 25th Annual SAG Awards, which honors the top actors across film and television.

SAG Awards ambassador Harry Shum Jr. (“Crazy Rich Asians”) and Yvonne Strahovski (“The Handmaid’s Tale”), who are both nominees this year, will announce the honorees for outstanding action performances by film and TV stunt ensembles during the official pre-show.

To celebrate the award show’s silver anniversary, celebrities will walk a silver carpet made from aluminum foil. People, Entertainment Weekly, and TNT will live-stream the red carpet across social media beginning at 2:30 p.m. PT/5:30 p.m. ET. It will also be available on PeopleTV, sagawards.org, and the jumbotron in New York City’s Times Square.

“A Star Is Born” led film nominations with four nods, and “BlacKkKlansman” and “The Favourite” were close behind with three apiece. On the TV side, “The Marvelous Mrs. Maisel” and “Ozark” dominated with four noms each, while “Barry,” “GLOW,” “The Handmaid’s Tale,” and “The Kominsky Method” followed with three each. See the full list of nominees here.