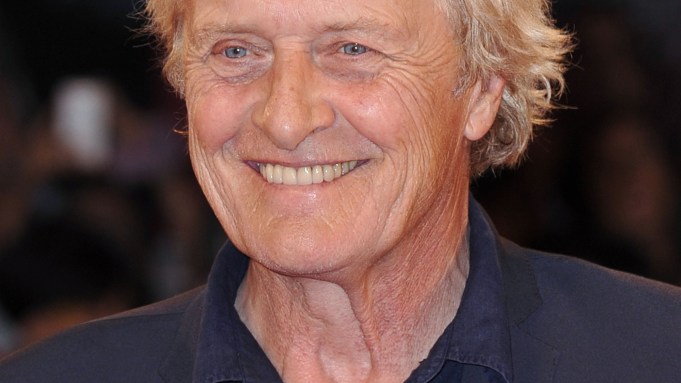 Rutger Hauer, the versatile Dutch leading man of the ’70s who went on star in the 1982 “Blade Runner” as Roy Batty, died July 19 at his home in the Netherlands after a short illness. He was 75.

His most cherished performance came in a film that was a resounding flop on its original release. In 1982, he portrayed the murderous yet soulful Roy Batty, leader of a gang of outlaw replicants, opposite Harrison Ford in Ridley Scott’s sci-fi noir opus “Blade Runner.” The picture became a widely influential cult favorite, and Batty proved to be Hauer’s most indelible role.

More recently, he appeared in a pair of 2005 films: as Cardinal Roark in “Sin City,” and as the corporate villain who Bruce Wayne discovers is running the Wayne Corp. in Christopher Nolan’s “Batman Begins.”

In “True Blood,” he played Niall Brigant, the king of the tribe from which the Stackhouse family is descended and the faerie grandfather to Sookie, Jason Stackhouse and Hunter Savoy. Hauer also recurred on ABC’s medieval musical comedy “Galavant” as Kingsley in 2015.

He was a natural at horror and vampire roles, starring as Van Helsing in Dario Argento’s “Dracula 3D,” and as the vampire Barlow in the 2004 miniseries adaptation of Stephen King’s “Salem’s Lot” along with Rob Lowe, Andre Braugher and Donald Sutherland.

Handsome, energetic and fluent in several languages, Hauer made his first mark in the late ‘60s in the Netherlands as the star of Paul Verhoeven’s medieval TV series “Floris.” He vaulted to the top ranks of Dutch stardom in 1973 opposite Monique van de Ven in Verhoeven’s sexually explosive drama “Turkish Delight,” which became a box-office smash and garnered an Oscar nod as best foreign film.

After three more Dutch features with Verhoeven that became art-house successes in the U.S., Hauer segued to a Hollywood career with a flashy role as a terrorist in the 1981 Sylvester Stallone thriller “Nighthawks.”

Hauer increasingly turned to action-oriented parts in the ‘80s: He toplined the big-budget fantasy “Ladyhawke” (1985), reteamed with fellow Hollywood transplant Verhoeven in the sword-and-armor epic “Flesh & Blood” (1985), starred as a psychotic killer in “The Hitcher” (1986), and took Steve McQueen’s shotgun-toting bounty hunter role in a modern reboot of the TV Western “Wanted: Dead or Alive” (1986).

His major artistic triumph came in Ermanno Olmi’s Italian production “The Legend of the Holy Drinker” (1988); his sensitive turn as a homeless drunk and petty criminal who finds redemption in Paris carried the feature, which collected the Golden Lion at the Venice Film Festival.

During the ‘90s, Hauer gravitated to more routine roles in American and international productions and played the vampire lord Lothos in the original film version of “Buffy the Vampire Slayer.”

He debuted as a small screen star as Nazi official Albert Speer in the 1982 telefilm adaptation of Speer’s book “Inside the Third Reich.” His most admired TV work came in projects that turned on World War II themes: He received Golden Globe nominations for his performances as the leader of a concentration camp revolt in “Escape From Sobibor” (1987) and an SS officer in the alternate-universe drama “Fatherland” (1994).

He was born Jan. 23, 1944, in Breukelen, the Netherlands, near Amsterdam. Though both his parents were acting teachers, he took a circuitous route to the craft. He ran away from home at 15 to join the Dutch merchant navy; after returning to Amsterdam in 1962 he briefly studied acting, but exited school again for a stint in the army.

Finally committing himself to the stage, he became a member of the touring experimental troupe Noorder Compagnie, in which he acted, directed and served as costume designer and translator for several years.

His major break came in 1969 when Verhoeven cast him in the title role of “Floris,” an Ivanhoe-like knight who becomes embroiled in court intrigue upon his return from the Crusades. The show proved wildly popular, and Hauer reprised the part in a 1975 revival of the series, “Floris von Rosemund.”

By that time, the steamy, affecting “Turkish Delight” had firmly established him as the Netherlands’ top B.O. attraction. He reunited with Verhoeven and his co-star van de Ven for the period drama “Katie Tippel” (1975); he renewed his collaboration with the director with the World War II saga “Soldier of Orange” (1977) and the bold contemporary drama “Spetters” (1980).

Hauer made an almost immediate and intense impression as Batty in his sophomore American feature “Blade Runner,” an adaptation of Philip K. Dick’s “Do Androids Dream of Electric Sheep?” He wrote his own dialog for the film’s climactic face-off with his adversary Ford. Though the film swiftly fell off screens, it remains a genre landmark today, in no small measure because of Hauer’s electrifying performance.

Olmi’s “The Legend of the Holy Drinker” brought him possibly the best notices of his career, but it failed to attract great attention beyond art-house audiences, and Hauer soon became a familiar and prolific supporting player in a variety of genre pictures, several of which went direct to home video. He shot seven features in 2001 alone.

He was active in social causes as an outspoken sponsor of the environmental organization Greenpeace and the founder the Starfish Association, a non-profit devoted to AIDS awareness.

He is survived by his second wife of 50 years, Ineke ten Cate, and a daughter, actress Aysha Hauer, from his marriage to Heidi Merz.

— Carmel Dagan contributed to this report.