Rosanna Arquette on Backlash Since Speaking Out Against Weinstein: ‘I Don’t Have An Agent’ 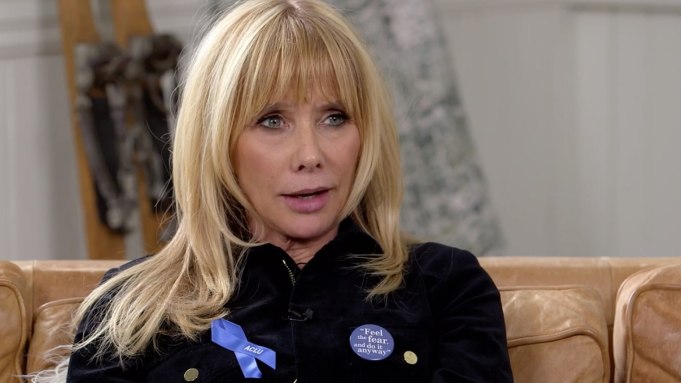 Ever since Harvey Weinstein’s story launched the Me Too movement in late 2018, much discussion in Hollywood has revolved around the positive progress for women in the industry.

But actress Rosanna Arquette — one of the first women to publicly speak out against Weinstein — says things have not necessarily gotten better.

“I think the people that have protected him all these years, that have known that he’s done this that have covered [it] up, who’ve paid off people to shut up, shut down stories that were coming out, threatened people — and they all know who they are — they’re complicit,” she said. “At some point they have to look at themselves in the mirror and say, ‘Is this who I wanna be?’”

More than one year after telling her story to the New Yorker about rejecting Weinstein’s sexual advances in his hotel room, Arquette is speaking out again — this time, on screen.

She is the highest-profile woman to appear in the Weinstein documentary, “Untouchable,” which made its debut at the Sundance Film Festival on Friday evening.

Speaking at Variety‘s Sundance Studio, presented by AT&T, it was clear that Arquette had a tough time speaking about the harm that Weinstein has caused. Raw and somewhat somber, Arquette admitted that things have not gotten better for her since she spoke up.

“I don’t have an agent, so. I think there’s backlash for sure,” she said. “There’s a lot of people that made a lot of money from him, and continue to. There’s a boys club that protects the boys. He’s just one of many men, as we’re seeing more and more men being exposed for their awful behavior and their abuse of power.”

“I think Hollywood keeps looking at their watches like, ‘When is this gonna end?’ And it’s not. It’s not going to end until people stop this bad behavior.”

She says she has not heard from Weinstein whatsoever, since she spoke out against him. But she believes that she is being spied on by Weinstein.

“I haven’t heard from him, but he’s made sure that me and other women have been spied on,” she said.

With so many women allegedly impacted by Weinstein, Arquette questions if Hollywood has done enough to change its culture, and says she would not be surprised if Weinstein did in fact work again in Hollywood.

“I’m sure if people thought they could make money with him and do something, the people that support him would do that. I think there are a lot of people that don’t want this to be true, and he desperately is trying to come back,” she said. “I heard he’s trying to work in Europe, in France and Italy, and who knows.”

“I think the man deserves to be in jail. Many lives were shattered by his actions and his abuse of power. So I hope that there’s justice in that area.”