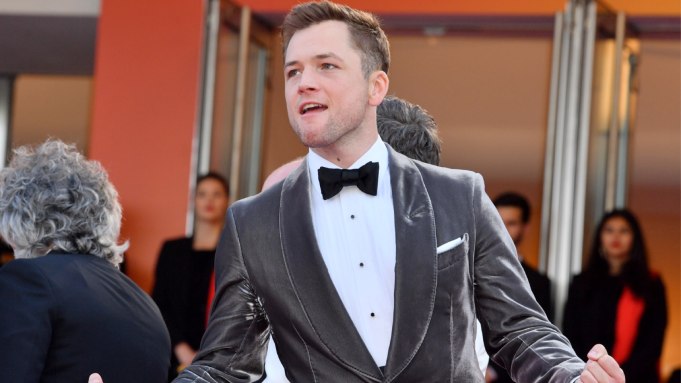 “I’m proud that we’re mentioned in the same breath,” says Egerton, who plays John in the upcoming “Rocketman,” which premiered at the Cannes Film Festival to a five-minute standing ovation on Thursday night. “That film has been such a phenomenon, and rightly so. I can’t remember who did that who finished it off.”

Egerton was referring to director Dexter Fletcher, who stepped in to complete “Bohemian Rhapsody” after Bryan Singer was fired from that troubled production. Fletcher also made “Rocketman,” which he worked on from start to finish.

There are other ways in which the two films diverge. Rami Malek, who won this year’s best actor Oscar for the film, lip syncs to Queen’s songs. Egerton belts out John’s greatest hits using his own voice.

“Our movie is a different animal,” Egerton said. “Our movie is a musical. It requires an actor who can sing in the lead role. For a biopic, that’s not necessary. I’m very grateful that people compare us. Hopefully, it shows that there’s an appetite for movies [like this]. However, that movie is a unicorn.”

On Friday afternoon in Cannes, Egerton appeared at a press conference with Fletcher and his co-stars—Bryce Dallas Howard (who plays John’s mom) and Richard Madden (the singer’s sleazy ex-boyfriend and manager)—to talk about making the film.

Egerton said that he had unlimited access to John, using that opportunity to ask him about his life and legacy. “I was able to spend a lot of time with him and talk to him about everything,” Egerton said.

Egerton even got to stay (along with his girlfriend) at John’s home for a few nights. “We got quite drunk one night,” Egerton said, telling a story about how his head of security caught him raiding the kitchen at 3 a.m. “He’s allowed me to get to know him away from the pomp and ceremony of his life. And being able to get under his skin in that way was really helpful.”