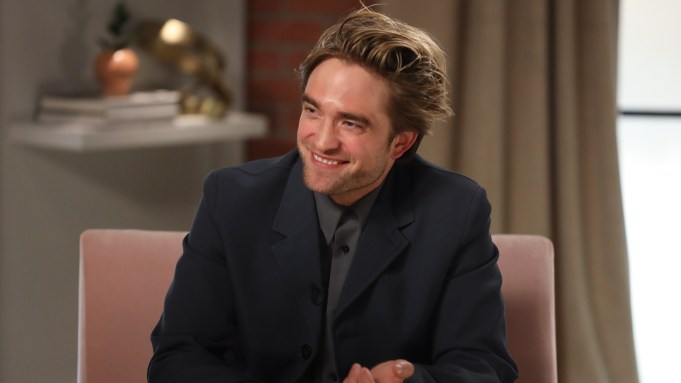 Robert Pattinson is no fan of method acting, as he told Jennifer Lopez during an interview for Variety’s Actors on Actors series.

Discussing his work in the nightmarish drama “The Lighthouse,” Pattinson revealed the psychological challenges that come with playing a character who slowly descends into madness. “It was a kind of no limit part, which I always really like,” Pattinson said. “We’d do these completely wild scenes, and then literally after a take you’d be exhausted. It’s kind of cathartic. I don’t know how you’d be able to bring the part home. It would be impossible.”

Though Pattinson respects the practice of method acting – a technique in which a performer strives for complete emotional identification with a role, both on and off screen – it’s not a style which he practices himself. “I always say about people who do method acting, you only ever see people do the method when they’re playing an a–holes,” Pattinson admitted. “You never see someone being lovely to everyone while they’re really deep in character.”

Lopez agrees. “I feel like some younger actors feel like they need to stay in it all the time, and as I’ve done movies for many years now, I can’t wait for the end of the day to kind of let it go and go home and get in the shower and literally wash it all off.”

While working on the 2017 crime drama “Good Time,” Pattinson saw firsthand the benefits and drawbacks of method acting with directing duo the Safdie brothers. “One of the directors was playing my brother in it, and he could stay in character for the entire day. But he’s the only person I’ve ever seen who could do it. And it’s so impressive, but also kind of crazy.”