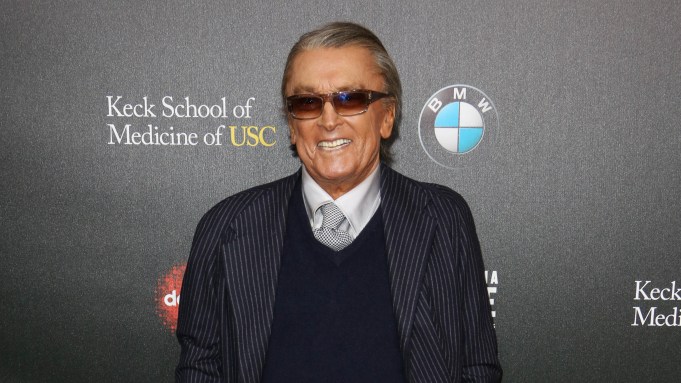 Francis Ford Coppola remembered his sometime-patron, collaborator and frenemy Robert Evans as a producer with “strong instincts” in an emotional tribute. Evans, the legendary producer and former head of Paramount Pictures, died on Saturday night at the age of 89. He played a crucial role in the creation of such film classics as “Rosemary’s Baby,” “Chinatown” and “Marathon Man.”

At Paramount, he plucked Coppola, then a rising young filmmaker, from semi-obscurity and tasked him with bringing Mario Puzo’s bestseller “The Godfather” to the screen. The two clashed frequently, but they created a beloved film that was also a box office success and Oscar winner. When they collaborated again on 1984’s “The Cotton Club,” it was not as star-crossed. That film was mired in lawsuits, budget over-runs, and competing creative visions. It became an infamous bomb that hurt both men’s careers. On Monday, however, Coppola chose to accentuate the positive aspects of their alliances.

“I remember Bob Evans’ charm, good looks, enthusiasm, style, and sense of humor,” he said. “He had strong instincts as evidenced by the long list of great films in his career. When I worked with Bob, some of his helpful ideas included suggesting John Marley as Woltz and Sterling Hayden as the Police Captain, and his ultimate realization that ‘The Godfather’ could be 2 hours and 45 minutes in length; also, making a movie out of ‘The Cotton Club’ — casting Richard Gere and Gregory Hines, and bringing Milena Canonero, George Faison, Richard Sylbert, and many other talented people to work on the film. May the kid always stay in the picture.”

Evans and Coppola’s relationship on “The Godfather” was tempestuous. The Paramount executive didn’t agree with Coppola’s decision to cast Al Pacino in the key role of Michael Corleone and reportedly worried that cinematographer Gordon Willis’ lighting was too murky. He did, however, claim that he encouraged Coppola to add a half hour to the film, believing his shorter version lacked the necessary texture. Coppola would later claim that Evans only later agreed to let him put back in scenes that he had previously ordered him to cut.

“Francis and I have a perfect record; we disagreed on everything,” Evans would later write in his memoir, “The Kid Stays in the Picture.”

“The Cotton Club” was more ill-fated. Evans had originally intended to direct the picture about a Harlem jazz club in the 1930s, but eventually opted to bury the hatchet and bring on Coppola, who needed money following the financial disaster of “One From the Heart.” The resulting film went wildly over budget and was a commercial and critical disappointment, with both men blaming the other for the escalating production costs. Coppola later spent $500,000 restoring the film to its original director’s cut.