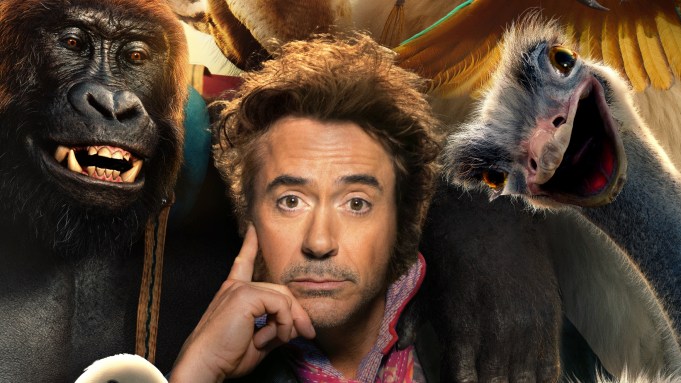 Robert Downey Jr. is setting sail with some furry friends in the first trailer for “Dolittle,” Universal Pictures’ reimagining of the classic story about a man who could speak to animals.

“We have no choice but to embark on this perilous journey,” he says.

Set to a rendition of Louis Armstrong’s “What a Wonderful World,” Downey Jr. takes center stage as he embarks on an adventure to save the young Queen of England. Along the way, he encounters a host of perilous dangers, including a ferocious tiger who cals him “lunch,” backed up by his animal friends  — a gorilla, an ostrich and an octopus to name a few.

The film has undergone several shuffles in recent months, with Universal Pictures renaming the flick Dolittle” in place of its original title “The Voyage of Doctor Dolittle.” The film was also moved from its original April 12, 2019 release date to the longer Martin Luther King holiday weekend.

The film is executive produced by Downey Jr., Sarah Bradshaw and Zachary Roth.