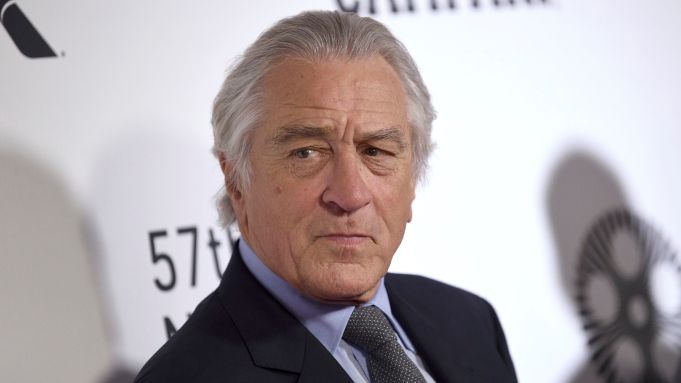 Robert De Niro was not afraid to express his support for the impeachment inquiry into President Trump.

“I hope he gets impeached, it has to be followed through,” De Niro told Variety’s Marc Malkin at the New York Film Festival opening night premiere of the Netflix film “The Irishman.” “He’s such a low life… He taints everybody around him.”

Not a fan of the current President, De Niro famously greeted the 2018 Tony’s telecast with the words, “F— Trump,” for which he received a standing ovation from the crowd. Clearly, his feelings have not changed.

“It’s disgraceful with this guy,” De Niro continued. “He has no center, no ethics, no morals. He’s amoral, immoral.”

The actor wasn’t the only person ready to see the impeachment inquiry underway, director Spike Lee is also rooting for the ousting of “Agent Orange.” When the Oscar-winner was asked on who he liked for the 2020 presidential election, all Lee would say was “Agent Orange, gotta go,” referring to President Trump.

“The Irishman” is a Netflix film directed by Martin Scorsese starring De Niro, Al Pacino, Anna Paquin and Joe Pesci. Based off the Charles Brandt memoir “I Heard You Paint Houses,” the crime drama explores a mob hitman’s involvement with the slaying of Jimmy Hoffa. De Niro plays a World War II veteran named Frank Sheeran who returns home to drive trucks in the 1950’s only to find himself caught up in scandal.

But the scandal on everyone’s mind at the premiere wasn’t the storied Hoffa controversy, but rather the action taken by the house Democrats.