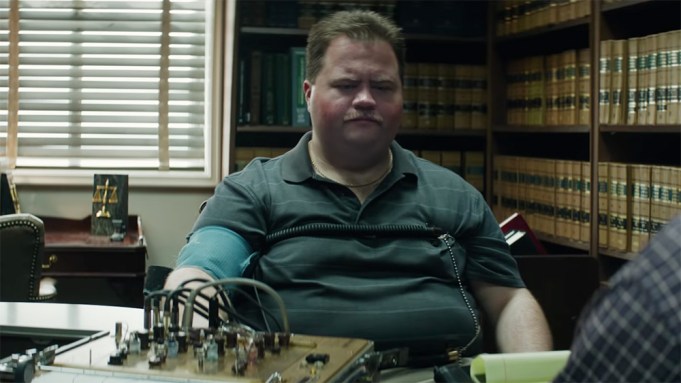 Warner Bros. has released the first trailer for Clint Eastwood’s biopic “Richard Jewell,” giving a first glimpse at how the FBI and American media caused an innocent security guard’s descent from hero to suspect.

Paul Walter Hauser stars as the real-life security guard whose life turned chaotic after he was listed as a possible suspect in the Olympic Park bombing during the 1996 Atlanta Olympics after he discovered a suspicious abandoned backpack. Jewell maintained his innocence throughout and was finally fully cleared by the FBI 88 days later, though his reputation was never restored and his health forever damaged. Jewell was never charged and died in 2007.

“Thank you sir, but I was just doing my job,” Hauser responds.

The trailer shows Hauser being coached by FBI agents (Jon Hamm and Ian Gomez) to repeat the bomber’s threat — “There is a bomb in Centennial Park. You have 30 minutes” — as suspicion against him mounts.

“They want to fry you,” Bryant tells Jewell. “You ready to start fighting back?”

Warner Bros. has given “Richard Jewell” an awards season release date of Dec. 13.