Continue to Variety SKIP AD
You will be redirected back to your article in seconds
May 10, 2019 7:01am PT 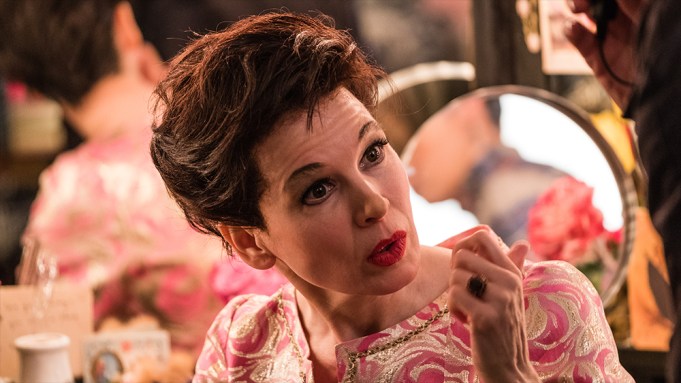 To the strains of “Somewhere Over the Rainbow,” Renee Zellweger shows off her portrayal of Judy Garland in the last years of her life in the first trailer for “Judy,” which dropped Friday. The biopic comes from Pathé, BBC Films and Ingenious Media.

In the trailer, Zellweger’s Garland walks the yellow brick road, and is shown in behind-the-scenes dressing-room moments. She is also seen in London, where she gave a number of sold-out concerts at the Talk of the Town club in the late 1960s, at the end of her career. The film depicts her sometimes stormy relationships with musicians and fans, her family and her management.

The trailer closes with an excerpt of Zellweger performing and turning away from the crowd to look into the camera. Jessie Buckley (“War and Peace”), Finn Wittrock (“American Horror Story”) and Michael Gambon (“Harry Potter”) also star in “Judy.”

Rupert Goold helms the picture. “I had always wanted to make a film that explores great performance and its cost,” he said. “The most fertile ground for such exploration seemed to be at the end of a lifetime of performance. For over 40 years Judy Garland had laughed and loved and entertained no matter what life threw at her, and her public adored her for it. “

He added: “But she paid a price in a childhood lost to Hollywood, an emotional exhaustion and a yearning for a “normal” life beyond the rainbow. It is a powerful and moving story that I hope will inspire new audiences to discover Judy Garland’s joyous legacy.”