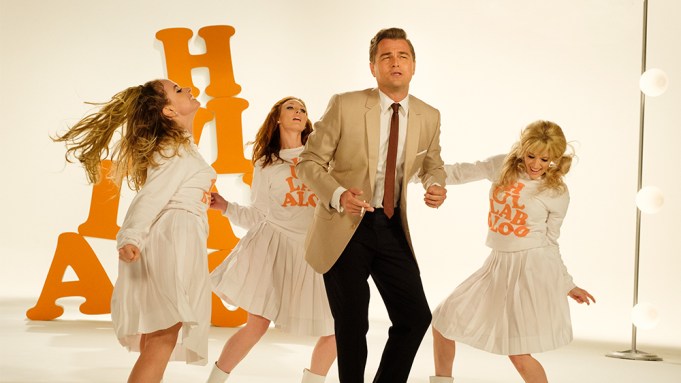 Hippie Hollywood is in full swing in the official trailer for Quentin Tarantino’s “Once Upon a Time in Hollywood.”

The premise of “Once Upon a Time in Hollywood” has been kept mostly under wraps, though Tarantino says it’s set in the late 1960s against the backdrop of the Manson family murders. DiCaprio plays washed-up TV star Rick Dalton, while Pitt portrays his longtime stunt double Cliff Booth. The two are struggling to find their place as they attempt to navigate the final days of Hollywood’s golden age.

Things take a darker turn when the down-on-his-luck actor realizes his new neighbor on Cielo Drive is Sharon Tate (Robbie), the up-and-coming actress and wife of director Roman Polanski. The young star is seen buying a ticket to “The Wrecking Crew,” her movie that was released shortly before she was murdered at the hands of Manson’s followers at her home in 1969.

Spahn Movie Ranch, the residence of the Manson cult ahead of their killing spree, also makes an appearance. At one point, Margaret Qualley’s character Kitty Kat tells Rick, “Charlie’s going to dig you.”

It’s unclear if Tarantino’s story will deviate from history, but the director made a plea for moviegoers to avoid spoiling the movie for other viewers.

“The cast and crew have worked so hard to create something original, and I only ask that everyone avoids revealing anything that would prevent later audiences from experiencing the film in the same way,” Tarantino said.

“Once Upon a Time in Hollywood” hits theaters July 26, two months after its Cannes debut and 50 years after the infamous murders.