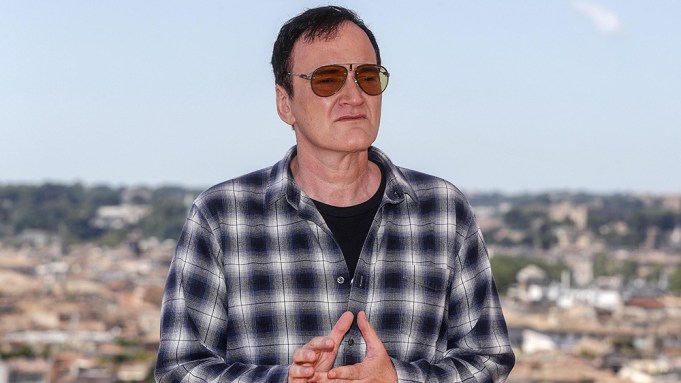 Quentin Tarantino responded to criticisms of the “arrogant” portrayal of Bruce Lee in his latest film “Once Upon a Time in Hollywood,” claiming that it isn’t so inaccurate after all.

“Bruce Lee was kind of an arrogant guy,” Tarantino said at a recent press junket in Moscow. The film depicts Lee (played by Mike Moh) swaggering around the set of “Green Hornet,” denigrating boxer Muhammad Ali and picking a street fight with the evenly matched stuntman Cliff Booth (Brad Pitt).

“The way he was talking, I didn’t just make a lot of that up. I heard him say things like that, to that effect. If people are saying, ‘Well he never said he could beat up Muhammad Ali,’ well yeah, he did. Not only did he say that, but his wife, Linda Lee, said that in her first biography I ever read. She absolutely said that,” the director continued.

Lee’s daughter, Shannon Lee, and his protégé and training partner Dan Inosanto aired their grievances with the scene to Variety in July. Inosanto said, “He was never, in my opinion, cocky. Maybe he was cocky in as far as martial arts because he was very sure of himself. He was worlds ahead of everyone else. But on a set, he’s not gonna show off.” He added, “Bruce Lee would have never said anything derogatory about Muhammad Ali because he worshiped the ground Muhammad Ali walked on.”

Shannon told Variety, “He was continuously marginalized and treated like kind of a nuisance of a human being by white Hollywood, which is how he’s treated in the film by Quentin Tarantino.”

Critics, including Inosanto, took umbrage with the scene’s depiction of a stuntman holding his own against the “Enter the Dragon” actor, at one point catching Lee’s kick and throwing him into a car. Tarantino also defended that decision.

“Could Cliff beat up Bruce Lee? Brad [Pitt] would not be able to beat up Bruce Lee, but Cliff maybe could,” said Tarantino. “If you ask me the question, ‘Who would win in a fight: Bruce Lee or Dracula?’ It’s the same question. It’s a fictional character. If I say Cliff can beat Bruce Lee up, he’s a fictional character so he could beat Bruce Lee up. The reality of the situation is this: Cliff is a Green Beret. He has killed many men in WWII in hand-to-hand combat. What Bruce Lee is talking about in the whole thing is that he admires warriors. He admires combat, and boxing is a closer approximation of combat as a sport. Cliff is not part of the sport that is like combat, he is a warrior. He is a combat person.”