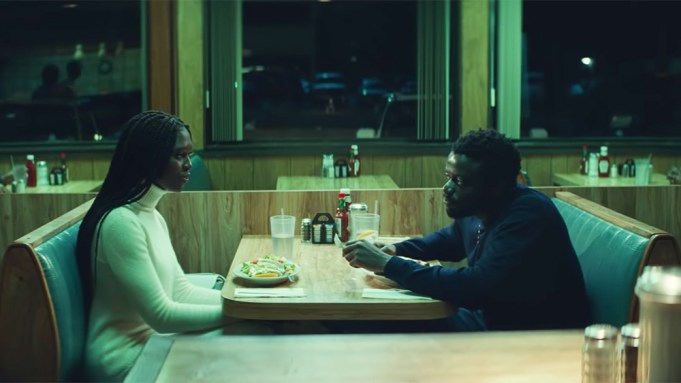 “I think the largest thing I want people to get out of it is to create that dialogue, to have people talking about both sides, to change the political climate,” Matsoukas said during a Q&A with members of the press during a recent sneak peek at some of the movie’s footage.

She added, “There’s going to be people on both sides in this narrative and hopefully most are on the right side of history and that we’re part of changing that narrative into a space that does justice for black people.”

The Universal film, written by Lena Waithe, stars Daniel Kaluuya as Slim, a Costco worker who is stopped for a minor traffic violation while on a first date with Queen, a criminal defense attorney (Jodie Turner-Smith). Things take a deadly turn when Kaluuya kills the cop and the couple decide to go on the run.

“We created this film to honor those black lives, people who have lost their lives because of police brutality and try to bring that conversation to the table,” Matsoukas said. “But the main theme is love…The main theme is love and how in our community as black people that’s our best power to fight against injustice.”

Two-time Grammy-winner Matsoukas, who directed HBO’s “Insecure,” the Emmy-winning “Thanksgiving” episode of “Masters of None,” as well as Beyoncé’s “Formation” video and Nike’s Equality campaign, recalled shooting the film in Cleveland. “Unfortunately, it was also the polar vortex,” she said. “I was running around in a blue snowsuit the entire time, looking like a clown at the time. But I thought it was really important that we start our journey in Cleveland and that actually travel south. I always say it’s a reverse slave escape narrative. We’re going south instead of north.”

On casting Turner-Smith opposite Kaluuya, who was first attached to the film, Matsoukas said, “He is a force to be reckoned with, and we knew we needed a very strong performer to stand her ground against him. Jodie came in and she killed it. There was no question that she was our Queen. We brought [Daniel] in to do a test with her. She was so confident. Others had strained under his talent, and she stood up there, standing tall and she honestly made him blush on their first meeting. And we were like, ‘That’s the one.’”