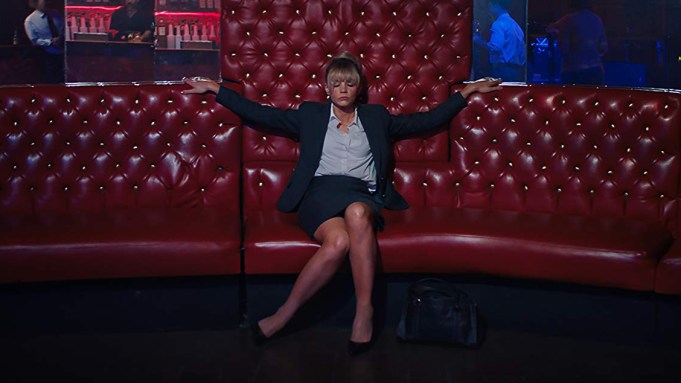 “Every week, I go to a club. I act like I’m too drunk to stand. And every week, a nice guy comes over to see if I’m okay,” Mulligan says coldly over a violinist’s rendition of Britney Spears’ “Toxic.”

After a mysterious event takes place in her life, derailing the “promising young woman’s” future, the whip-smart and crafty Cassie begins to lead a double life as she cuts down any man who crosses her path.

“I wanted to be a doctor my whole life,” Cassie, dressed in a latex nurse outfit with medical tools in hand, says in one scene as she eyes her next victim. “Lately, I’ve been feeling like I might want to get back into it.”

Produced by Margot Robbie, Tom Ackerley, Josey McNamara, Ben Browning and Ashley Fox, the film is set to premiere at Sundance in January. Distributed by Focus Features, it hits theaters on April 17.