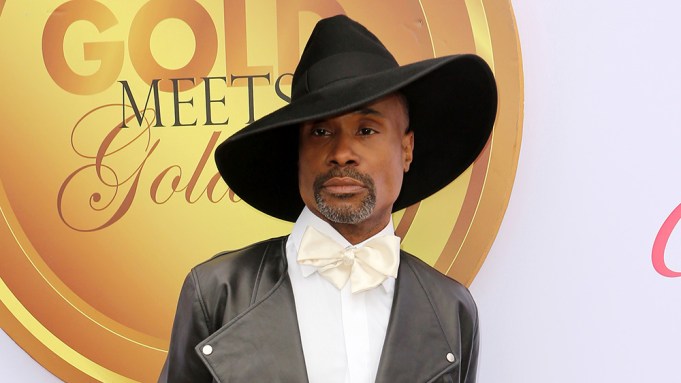 Celebrities who attended the sixth annual Gold Meets Golden brunch on Saturday weighed in on whether or not Kevin Hart should have a second chance at hosting the Oscars. The comedian was set to host the Academy Awards, but stepped down after controversy ensued over homophobic jokes he made years ago.

“He’s a great talent, and he would be wonderful hosting the Oscars,” Porter said of Hart, despite Porter’s earlier comments saying the comedian “crossed a line.”

Nicole Kidman and former Olympian Nadia Comaneci co-hosted the Gold Meets Golden event, held at the House on Sunset in Los Angeles. The charitable event is designed to bring together Hollywood elite and all-star athletes on the eve of the Golden Globes. This year’s proceeds, including a $50,000 donation from Gold Meets Golden, will benefit Angel City Sports, an organization that helps disabled youth athletes in training for the Paralympic Games.

“I want Kevin Hart,” Franklin said on the red carpet. “I still really want him to do it. But I know whoever they pick is going to be amazing.”

MacDonald said, “My stance on it is, if people have made mistakes in the past and they want to change and they want be a better person, we should [give them another chance]. Otherwise, as a society we’re never gonna change if we just condemn people.”

The event also brought out Jessica Chastain, Octavia Spencer, and Patricia Clarkson, along with athletes including Michelle Kwan, Nastia Liukin, and Jordyn Wieber.

“I’m all for second chances,” she said, “but I think it should be someone that supports everybody.”

Clarkson, who received a Globes nomination for her work on the HBO miniseries “Sharp Objects,” shied away from taking a stance on the Hart debate. Instead, she chose to speak about the entertainment industry’s progress with Time’s Up since last year’s Golden Globes.

“I think people have heard. People are awoken,” Clarkson said. “People are ready, and it’s made a big difference in Hollywood. We’re already seeing it.”