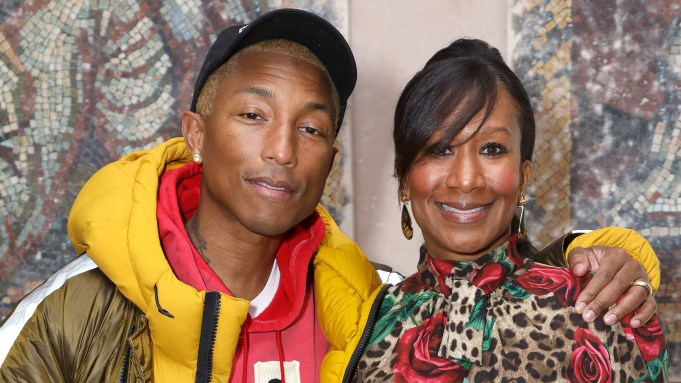 Pharrell Williams is giving viewers an inside look at his songwriting process for “Letter to my Godfather,” a new tune he wrote for “The Black Godfather,” Netflix documentary about legendary music executive Clarence Avant.

“Clarence Avant is known as ‘The Black Godfather’ because literally as a black man, he was able to do things that were godfather-like — from the music industry, the sports industry, activism to politics,” Williams said in an exclusive behind-the-scenes feature.

Williams said he was prompted by Avant’s daughter, Nicole, to create the song after she began producing the documentary. The non-fiction film explores Avant’s rise to success after being born to a poor family in a segregated southern town in South Carolina.

“Pharrell nailed it,” Nicole Avant said in the video. “Light shows up in various different ways, and I think Pharrell captures, in the song, that sometimes we just need that person to remind us that everything is going to be okay. Pharrell is such a bright light. I think he, like my father, is very aware of his purpose. He wrote the most beautiful, poignant song about my father and he exceeded everything that I could’ve expected.”

Williams adds, “The crazy thing is, I never dreamt that I would end up doing a song for him.”