Pete Davidson on Quitting Instagram, Walking Out of ‘Mary Poppins Returns’ and Going to Rehab in Sundance 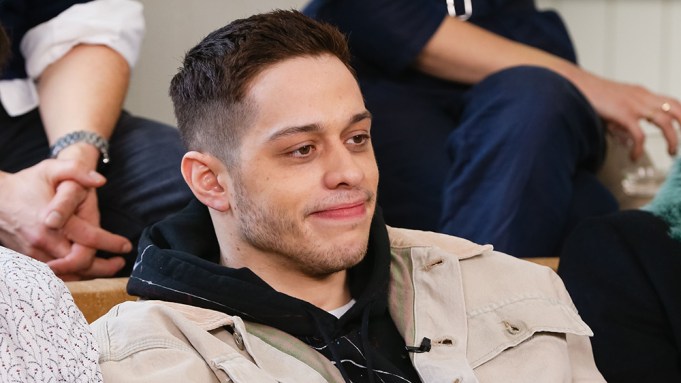 Pete Davidson is familiar with Sundance, but not for the annual film festival.

“I love Park City, Utah, because the last time I was here, I was in rehab,” Davidson told Variety about checking into the Cirque Lodge treatment center about four years ago. “It’s nice to be on the other side of it. And, also” — Davidson said, raising up a bottle of beer he was sipping during our interview — “it speaks wonders to your rehab facilities.”

Davidson co-stars in “Big Time Adolescence,” which premieres at Sundance on Monday afternoon. The coming-of-age story, directed by Jason Orley, centers on a high school teenager (Griffin Gluck) who befriends a college dropout. Davidson got into character by bleaching his hair. “I always wanted to dye my hair, and everyone made fun of me,” Davidson said at Variety’s Studio presented by AT&T.

The film shot last summer in Syracuse, New York, while Davidson was on hiatus from “Saturday Night Live.”

“It sucked,” Davidson said. “The whole town of Syracuse blows. Let’s be honest, they just found out I was there and tried to arrest me the whole time.”

While driving home one weekend, Davidson was pulled over by police and his friend — a passenger in the vehicle — was charged with possessing marijuana. “The cops, because there’s nothing going on there, they were hunting me down the whole time,” Davidson said. “They tried to arrest me for bringing business to your town. Never again, Syracuse.”

Davidson has been in the spotlight plenty, after a high profile relationship and breakup with Ariana Grande. He had to quit Instagram. “I can’t go on that for obvious reasons,” Davidson said.

He’s not a fan of the internet in general. “Just don’t go online,” Davidson said. “It doesn’t make me very happy. Even if it’s not about me, it’s random s— like, ‘Trump farts.’ I’m not a fan of it.”

Davidson and comedian John Mulaney recently reviewed “The Mule” on “SNL’s” Weekend Update, which they’d like to make into a reoccurring segment. “We just saw ‘Mary Poppins’ last weekend,” Davidson said. “I walked out halfway through.”

Would he want to host the Oscars? “I mean, you know, all my stuff is already out there,” Davidson said. “I would happily decline.”