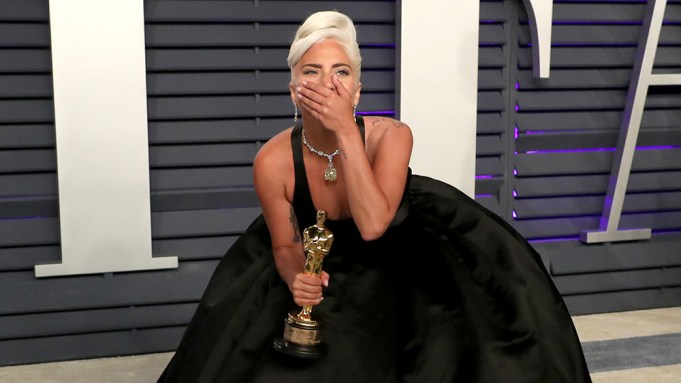 The 91st Academy Awards managed not to be a total disaster, despite the lack of a host for the first time in 30 years, no opening monologue, and a ceremony that tossed out more Oscars to “Bohemian Rhapsody” (four) than “Roma” (three), “Black Panther” (three) and “A Star Is Born” (one). The best picture winner, “Green Book,” also took home three trophies.

But watching the show at home on a TV feels a lot different than being in the room, trudging through multiple security checks and squinting into the sunlight at the biggest celebrities on the planet. The journey of attending the show starts at lunchtime in Los Angeles and doesn’t end until after dinner. But don’t worry: there are snacks. Here are seven secrets that Variety reporters uncovered from inside the Dolby Theatre (not including Rami Malek’s fall from the Oscars stage. Read more about that here).

1. Not Having a Host Kind of Worked — Until It Didn’t

Instead of Billy Crystal, Ellen DeGeneres, or Whoopi Goldberg, the Oscars launched with Adam Lambert and Queen, belting out “We Will Rock You” and “We Are the Champions.” It might have felt more appropriate for the Billboard Music Awards, but the opening number was still met with a rapturous standing ovation — it was fun enough for the A-list crowd. In fact, there was a genuine sense of relief among members of the Academy that the show zipped along. In lieu of one emcee, there were many (with standout presenters such as the “Saturday Night Live” triumvirate of Tina Fey, Amy Poehler, and Maya Rudolph; and Melissa McCarthy, wearing a cape with rabbits glued to it, an homage to “The Favourite”).

Still, there were some glaring problems with not employing a single host to keep the telecast cohesive. It wasn’t always obvious to people in the room when the show was going to a commercial, or when it came back (during those breaks, there were reels of classic clips that played on the TV screens, which everyone mostly ignored). And there was one final logistical hiccup. At the end of the show, there were boos when the orchestra cut off one of the producers of best picture winner “Green Book” when he tried to take the microphone. Fortunately, the last presenter of the evening, Julia Roberts, was able to right the ship, by wishing everyone a good night, including Bradley Cooper’s mom. By the way, his mom waved back at her from the front row.

As the show is about to begin, the red carpet always turns into a clogged mess with everyone racing to get inside. But this year, about an hour before the live telecast on ABC, a fire marshal crashed the press line when Disney CEO Bob Iger and chairman Alan Horn were talking to Variety. The official didn’t seem to know (or care) who these executives were, and he shooed them away. “There should be no cameras,” the man scolded two confused photographers, who continued to snap photos.

This is unbelievable. The #Oscars fire marshall shooed away Alan Horn and Bob Iger, telling them they weren’t allowed to stop on the red carpet to talk to press. pic.twitter.com/IsJwUbwdB9

Unlike the boozy Golden Globes, the Oscars don’t allow food or drinks inside the theater. But if you’re a starving celebrity as the show drags on, do not distress. The Academy Awards organizers bulked up on their snacks this year, with tables in the halls that included plastic bags of chocolate chip cookies, mixed nuts, and trail mix. There’s also glasses of water (which are pre-filled) for the dehydrated. And if you really don’t want to watch the show, there’s a bar on every floor just outside the theater.

4. Celebrities Stay Seated, Most of the Time

When they need a reprieve from some of the categories, they switch places with a seat filler at a commercial break. In the lobby early in the show, “The Favourite” actresses doted on each other. Emma Stone helped take off Rachel Weisz’s heels, and Olivia Colman put a band aid on her foot. Brie Larson was spotted FaceTiming with someone during one of the breaks. And early in the telecast, Lady Gaga got up and left for 73 minutes, but it turns out it was for a costume change before her performance of “Shallow.”

Gaga and Bradley Cooper receiving the biggest and most enthusiastic standing ovation of the night. And when they re-entered the theater at a commercial to reclaim their seats, the audience stood and clapped again for them.

6. The Oscars Love Gaga, and She Loves the Academy

There was no louder or more enthusiastic cheerleader at the Oscars than Lady Gaga. When she was in her seat, she’d often jump up to congratulate the winners as they returned into the room. Gaga kissed best supporting actor Mahershala Ali and best actress Colman, and she hugged best director Alfonso Cuaron. She blew a smooch to Barbra Streisand, who was presenting a clip from best picture nominee “BlacKkKlansman.” And when she won for best song, she was visibly shaken, covering her mouth as she walked away with her trophy.

When Lee jumped on the stage — literally, into the arms of presenter Samuel L. Jackson — he issued a warning to the timekeepers. “Do not turn that motherf—ing clock on!” he said, which of course got bleeped on TV. And after he called on voters to mobilize against the president in the next election, there was even more that he wanted to say. But eventually, the Oscars producers played him off the stage.

When “Green Book” was named best picture, a movie that that some critics argued “whitewashed” the story of composer Don Shirley, Lee tried to leave the show early. Asked about it backstage, he took a sip from a glass of champagne before answering. “The ref made a bad call,” he said.