Mexico Wins Big at Oscars, But What Does it Mean for U.S. Latinos? 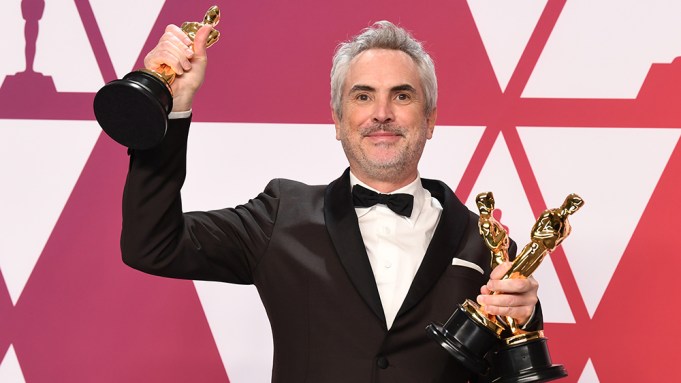 Never before has so much Spanish been heard on the Oscars stage.

Alfonso Cuarón’s best director win was the fifth in the past six years for Mexican directors, and that was just one notable moment during the 91st Oscars, which presented a much different picture than ceremonies of just a few years ago.

Hispanic filmmakers and actors have been historically underrepresented at the Oscars, but recognition for Cuarón and “Roma,” a best actress nomination for Yalitza Aparicio, and a best animated film win for “Spider-Man: Into the Spider-Verse” helped the Academy Awards take a big step toward greater inclusion.

The “Roma” helmer continued the recent streak of Mexican filmmakers taking home the best director prize, a feat started when he won for “Gravity” in 2013. Since then, Alejandro G. Iñárritu won back to back for “Birdman” and “The Revenant,” and last year Guillermo del Toro received his first Oscar for “The Shape of Water.” The streak of wins for the Mexican trio known as the Three Amigos was one of the first signals toward a more inclusive Oscars.

While Aparicio received widespread recognition from U.S. Latinos, peers in her native country were not as supportive. Aparicio, who has no formal acting training and pursued a degree in pre-school education before “Roma,” was the target of racist comments online, while Mexican actor Sergio Goyri was caught on video criticizing her nomination and making an anti-indigenous slur.

“Spider-Man: Into the Spider-Verse” also made strides in Latino representation with its win for best animated feature. The superhero flick stars Miles Morales, an Afro-Latino who takes on the role of Spider-Man in an alternate universe. In the film, he speaks Spanish with his Puerto Rican mother and neighborhood friends. Miles’ bilingualism is, in part, thanks to screenwriter-producer Phil Lord, who is Cuban-American. The big win for “Spider-Verse” also comes on the heels of last year’s recipient “Coco,” the beloved Pixar film that made strides for representation with a mostly Spanish-speaking voice cast and Latino co-director. By starring an Afro-Latino from Brooklyn, “Spider-Man” further emphasizes its message that anyone, regardless of race, can put on the mask and be the superhero.

A diverse cast of presenters brought a multicultural feel to the hostless ceremony. Javier Bardem, the first Spaniard ever to win an Oscar for acting, presented the foreign language category that “Roma” would go on to win. The “No Country for Old Men” actor spoke completely in Spanish and made a dig at President Donald Trump’s proposed border wall, saying, “There are no borders or walls that can restrain ingenuity and talent.”

“Narcos: Mexico” star Diego Luna also spoke in Spanish when he introduced “Roma” as a best picture nominee. Alongside Spanish-American chef and humanitarian José Andrés, Luna remarked, “It’s possible to speak Spanish at the Oscars now. They finally opened the door for us, and we’re not going anywhere.”

Earlier in the day, Luna told Variety he was happy to “be hearing Spanish all around” at the Oscars.

Diego Luna is happy to "be hearing Spanish all around" at the #Oscars https://t.co/WhSOCagufD pic.twitter.com/r7GoYMHyX5

Andrés struck an inspirational tone when he explained how “Roma” pays tribute to “the invisible people in our lives, immigrants and women who move humanity forward.”

It was a triumphant night for Latino and Mexican filmmakers, but in an answer to a backstage question from a reporter, Cuarón said there is still work to be done, especially in the area of representation for American Latinos.

“There is so much talk about diversity. Some progress has been made but definitely Hispanic-Americans — especially Chicanos — are badly represented still,” Cuarón said backstage after the wins for “Roma.” “This is a Mexican film. This award belongs to Mexico. The cast is 100% Mexican. This film doesn’t exist if not for Mexico.”