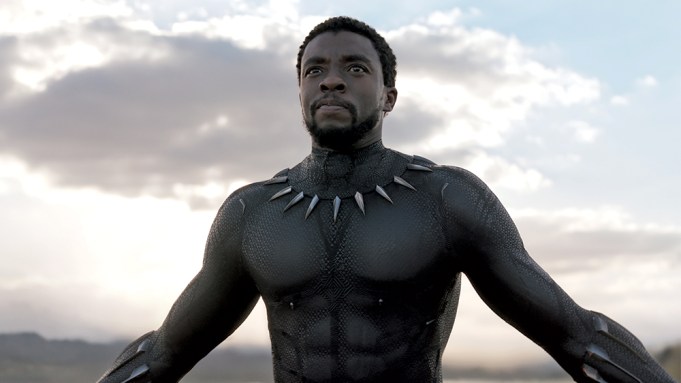 That bounty is led by “Black Panther,” which earned a sensational $700 million at the domestic box office. “Bohemian Rhapsody” and “A Star Is Born” both contributed in a big way with $202 million and $205 million, respectively in the States. “BlacKkKlansman,” “The Favourite,” “Green Book,” and “Vice” have combined for another $153 million. There is one glaring omission from this year’s best picture hopefuls — Netflix hasn’t reported any theatrical grosses for Alfonso Cuaron’s “Roma.”

Even so, the current tally for the eight best picture nominees dwarfs the total from last year’s nine contenders, which carried the ignominious distinction as having the lowest grosses in six years. This year saw a 70% uptick compared to 2018’s $713.8 million haul at the domestic box office, according to Comscore.

It’s been a notable year at the multiplex, but 2019 doesn’t hold a candle to the record set in 2009, when “Avatar,” “The Blind Side,” and “Up” propelled North American grosses to $1.76 billion. Ironically, that year’s best picture winner, “The Hurt Locker,” made only $17 million.

In 2008, the year before the best picture category expanded its number of potential nominees from five to 10, box office revenues amounted to $353 million. “Slumdog Millionaire” led the pack that year with $141 million. The top contenders in 2010 saw a massive box office performance as titles like “The King’s Speech,” “Toy Story 3,” and “The Social Network” drove grosses to $1.36 billion.

Paul Dergarabedian, senior media analyst with Comscore, said “Green Book,” “The Favourite,” “If Beale Street Could Talk,” and “Vice” have the most to benefit from Tuesday’s nominations. Universal is planning to double the screen count for “Green Book” this weekend. The buddy comedy starring Mahershala Ali and Viggo Mortensen will expand from 912 venues to about 2,000 theaters.

“There are a few films currently in theaters that could see a nice boost as their studios may chose to expand them into more locations in reaction to major nominations,” Dergarabedian said. “‘Green Book’ in particular is riding an incredible wave of awards season buzz, given its best picture win at the Globes,  the National Board of Review, the PGA Award, and its five Oscar nominations.”

In addition “Green Book’s” best picture nod, Mortensen scored a nomination for best actor, as did Ali for supporting actor. The film, which has pocketed $42 million since opening in November, also picked up nominations for original screenplay and editing.

Annapurna’s “Vice,” which received eight nominations, has grossed $39 million in less than a month. Fox Searchlight’s “The Favourite,” tying with “Roma” for the most Oscar nods, has brought back $23 million in ticket sales.

Annapurna is expanding “Vice,” which was at 1,175 North American sites last weekend, to about 2,000 this weekend. “Vice” scored nominations for Best Picture, for director Adam McKay and for actors Christian Bale, Amy Adms and Sam Rockwell. Annapurna is also widening “If Beale Street Could Talk,” which was in 1,018 venues last weekend.

“There is no downside to Academy Award nominations for films that are still available in the movie theater,” Dergarabedian said. “Their raised profile and heightened desirability make them ‘must see’ films for fans who want to keep up with the Oscar race.”