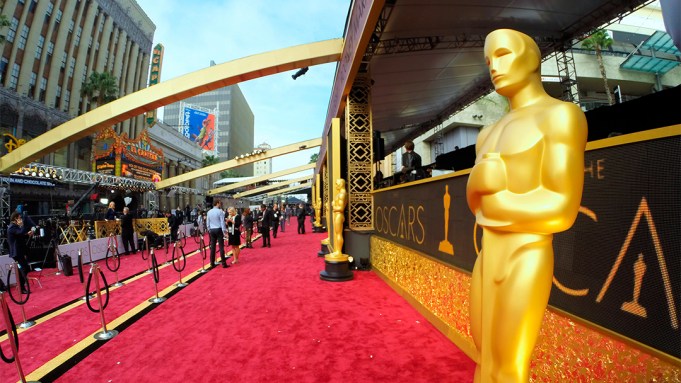 While Tuesday brought a fresh pack of Oscar nominees, we are no closer to understanding what’s in store when the golden statues are handed out on live television come Feb. 24.

The point of the dramatic nominees announcement each year is to drum up excitement for the telecast — but this morning, the announcement didn’t feature a last-minute host, highlighted presenters, notable music acts or, honestly, much of anything besides the nominees.

Instead, viewers were treated to the pleasant banter between Kumail Nanjiani and Tracee Ellis Ross, who doled out the first batch of nominations on a YouTube livestream at 8:20 a.m. and then a second at 8:30 a.m., cutting into ABC’s national broadcast. Jokes about the pain of waking up for the early announcement ensued, but zero information about what kind of telecast is being crafted — although some people tweeted that Nanjiani and Ross would probably work out just fine as Oscar hosts.

The nominees live spot did not even include a tune-in for the Oscars. No executive leadership from the Academy addressed the streaming or national audiences, though that has been policy since John Bailey assumed the academy presidency from Cheryl Boone Isaacs in 2017. The Academy has also stopped inviting press to the nominee announcement, deepening the mystery in a year marked by host drama.

Only two weeks ago, the Academy, network ABC and show producer Donna Gigliotti finally laid the prospect of embattled comedian Kevin Hart as host to bed. They instead forged on with the concept of no host at all, Variety previously reported.

Promo spots are currently airing on ABC promoting only the date and time of the Oscars. Variety previously reported the broadcast would rely on big-name presenters to amp up their duties, beyond reading a list of nominees and handing out a trophy. Music is also expected to have an expanded footprint, thanks to nominees minted just this morning like Lady Gaga, Kendrick Lamar and SZA and Diana Warren (whose song “I’ll Fight” from “RBG” is sung by Oscar winner Jennifer Hudson).

The only info to surface in recent days was a report that Marvel Studios would be sending some of its finest Avengers to light up Oscar night. While none were named, individuals close to show told Variety that the original team of heroes (like Robert Downey Jr, Scarlett Johansson, Chris Hemsworth and so on) would make the most sense, given the huge finale they’ll deliver the world this April in “Avengers: Endgame.” They’re likely to feel extra generous after this morning, as “Avengers: Infinity War” was nominated for best achievement in visual effects.

There are 34 days until stars and industry figures pull up in chauffeured SUVs to Hollywood’s Dolby Theater. What awaits them remains a mystery.