Quentin Tarantino’s ‘Once Upon a Time in Hollywood’ Trailer Drops 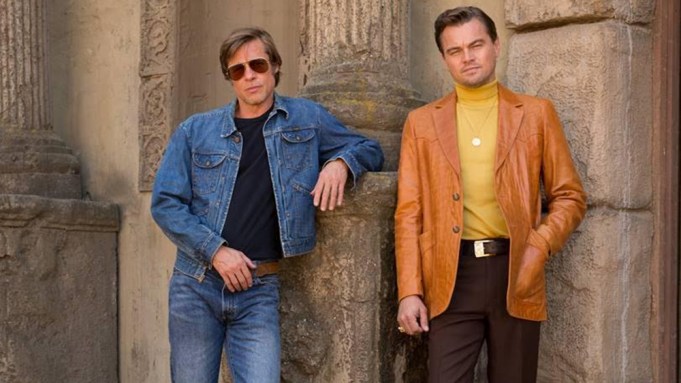 The first look at “Once Upon a Time in Hollywood” is finally here, and Quentin Tarantino is taking audiences back to the height of hippie Hollywood.

Starring Leonardo DiCaprio and Brad Pitt, the footage features a montage of Tinseltown in the late 1960s. The duo play Rick Dalton and Cliff Booth, a washed-up actor and his long-time stunt double.

“Actors are required to do a lot of dangerous stuff,” DiCaprio’s character trailer explains in the trailer. “Cliff, here, is meant to help carry the load.”

Tarantino, who wrote the script and will also direct and produce the movie, was inspired by his own upbringing in the midst of LA’s hippie-crazed counterculture. “Once Upon a Time in Hollywood” is set in 1969 Hollywood, a year that saw the rise of Charles Manson’s cult. Rick Dalton and Cliff Booth live next door to Sharon Tate (Margot Robbie), the pregnant actress killed in the Manson murders who catapulted the story into Hollywood news.

The star-studded project has been a long time in the making. “I’ve been working on this script for five years, as well as living in Los Angeles County most of my life, including in 1969, when I was seven years old,” Tarantino said. “I’m very excited to tell this story of an L.A. and a Hollywood that don’t exist anymore.”

Other cast members include the late Luke Perry, Damian Lewis, Dakota Fanning, and Bruce Dern who will play the real-life rancher who owned the infamous ranch where Manson and his followers lived.

Though not confirmed, the film is expected premiere this May at the Cannes Film Festival, where Tarantino won the Palme d’Or exactly 25 years ago for “Pulp Fiction.”

“Once Upon a Time in Hollywood” is set to be released on July 26.