Olivia Wilde Defends Her ‘Richard Jewell’ Character: ‘Don’t Reduce Her to This One Thing’ 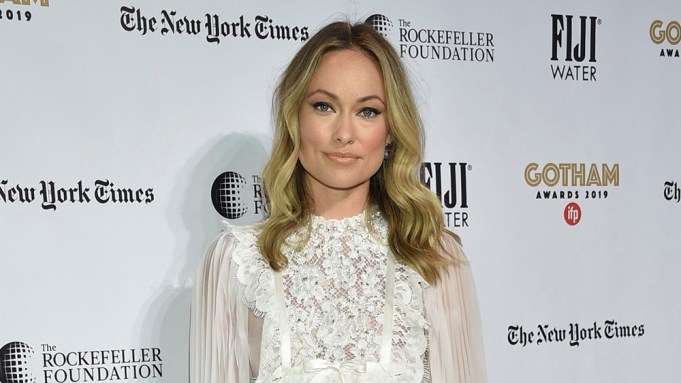 “Richard Jewell” star Olivia Wilde has responded to controversy surrounding the depiction of her character, a real-life reporter who is now deceased, in Clint Eastwood’s historical drama. In the film, Wilde’s Kathy Scruggs offers to sleep with Jon Hamm’s Tom Shaw, an FBI agent, for information about the 1996 Summer Olympics bombing in Atlanta.

“I think it’s a shame that she has been reduced to one inferred moment in the film,” Wilde told Variety‘s Marc Malkin on the 2019 Gotham Awards red carpet. “It’s a basic misunderstanding of feminism as pious, sexlessness. It happens a lot to women; we’re expected to be one-dimensional if we are to be considered feminists. There’s a complexity to Kathy, as there is to all of us, and I really admired her.”

In the film, after Scruggs offers to sleep with Hamm’s character, he responds: “Kathy, you couldn’t f— it out of them. What makes you think you could f— it out of me?”

“I did a ton of research, I really embraced her dynamic, multidimensional nuanced personality,” Wilde added. “She was incredibly dogged and intrepid. She was famous to getting to crime scenes before the police. She was also a woman working in the news in 1996; yeah, she had relationships with people she worked with. That’s pretty common in any industry. I don’t see the same thing happening to Jon Hamm’s character, who arguably does the exact same thing. I have nothing but respect for Kathy Scruggs, she’s no longer with us, so I feel a certain amount of responsibility to protect her legacy and tell people: ‘Back off. Don’t reduce her to this one thing.'”

In real life and in the film, Scruggs reported for The Atlanta Journal-Constitution; her story on the bombing named Richard Jewell as a suspect, subsequently creating a media frenzy around his life.

Kevin Riley, the current editor-in-chief of The Atlanta Journal-Constitution, criticized the film for its portrayal of Scruggs, stating there was no evidence of her trading sex for information and that the suggestion was “offensive and deeply troubling in the #MeToo era.”

“Kathy Scruggs was the AJC reporter who got the initial information that law enforcement was pursuing Jewell,” Riley said in a statement to IndieWire. “Scruggs was known as an aggressive reporter and committed journalist who sought always to beat her competition. She has been described by one of her contemporaries as ‘irreverent and savvy.’ She is deceased. As always, stories and people are complicated. Perpetuating false tropes about female reporters and journalism itself shouldn’t go unchallenged in a time when our profession finds itself under almost constant attack.”