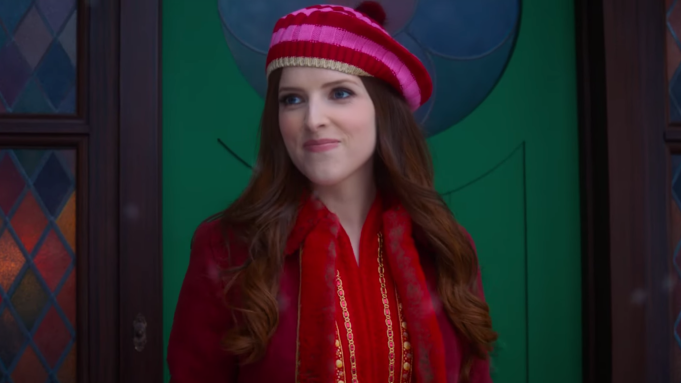 Among the many announcements at the D23 Expo, Disney debuted the first look at holiday feature “Noelle,” which is set to premiere exclusively on Disney Plus this fall.

“It isn’t Christmas without Santa’s Sister,” Walt Disney Studios said of the film on Twitter. Starring Anna Kendrick and Bill Hader, the Christmas flick tells the story of Santa Claus’ daughter (Kendrick) who finds herself having to take over the family business after her Dad retires and her brother (Hader) is reluctant to take over. Shirley MacLaine and Billy Eichner also star in the pic. “My name is Noelle Kringle,” Kendrick says in the trailer, which opens with the “Pitch Perfect” star singing for her reindeer. “Christmas runs in my family.”

It isn’t Christmas without Santa’s sister. Watch the new trailer for Noelle, streaming November 12 only on #DisneyPlus. pic.twitter.com/Wd88XWq7MD

Walt Disney Pictures previously removed “Noelle” from its theatrical release calendar in March as part of a hefty re-assembling of Disney’s upcoming release calendar. Written and directed by Marc Lawrence, “Noelle” will now be released November 12 solely on the network’s new streaming service Disney Plus.