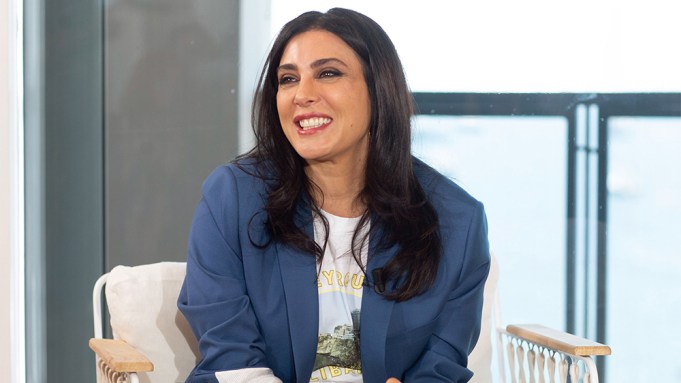 Cannes’ Un Certain Regard jury president Nadine Labaki announced Thursday that she is working on a documentary about the making of her jury prize-winning “Capernaum” from last year. At a Variety-Kering Women in Motion talk at the Majestic Hotel, she also admitted she wouldn’t turn down the chance to direct a Hollywood superhero film.

Her 2018 Cannes entry has become an unexpected phenomenon in China, where it is currently still third at the box office even after more than two weeks in theaters and has so far grossed over $44 million.

“It’s a big surprise for me,” she said of its success, but said the film had likely resonated because of its universal themes and the fact that her actors had really lived through the circumstances they re-created onscreen — making it an unusually visceral viewing experience.

She wouldn’t have been able to elicit the same performances if her own life hadn’t at the time so perfectly mirrored the story she was telling. “I don’t think I would have done the same film if I was not at that moment in my life a mother breastfeeding a child exactly the same age,” she said. “It’s good to have a woman’s experience in a film, a woman’s perspective on things.”

So much happened over the course of their multi-year shoot — with actors getting arrested, deported and even dying — that she decided to record it. “During the shooting process, fiction really became reality. The whole process was so interesting and intense that we’re making a documentary about the whole thing, following the characters and where they are now,” she said.

Now that “Capernaum” has been seen around the world and sparked such a debate, she thinks it is time to use it as a vehicle to generate real change on the ground, to see what laws can be altered and how to lobby for change.

“It’s difficult to turn the page and say, now I’m moving on to another project; there’s still a lot to do,” she explained. “Maybe because I come from a place where everything needs to be rethought, I feel it’s a duty, not a choice, to make films that will have an impact on the society that you live in. I see it as a mission.”

At the same time, she wouldn’t necessarily turn down a big Hollywood popcorn film if a major studio came knocking — especially a big “Wonder Woman”-style blockbuster. “I’d do it if I had the freedom to turn her into something that every woman in this room would want to be,” she said.

Returning to Cannes this year as president of the jury is a sort of surreal Cinderella moment for Labaki. Before her first feature, “Caramel,” premiered in the Director’s Fortnight section in 2007 and her second feature, “Where Do We Go Now?,” debuted in Un Certain Regard in 2011, she had come to Cannes as a student with her sister and co-writer, walking an hour to get to the Palais and waiting in interminable lines at 5 a.m. for tickets.

“I feel like I’m the festival’s child, in a way. I made my first steps here,” she said. “I first came here dreaming of just being able to watch a film. Being here seemed like an impossible dream, especially when you’re from Lebanon and there’s no film industry there. I can’t believe I’m now president of the jury,” she marveled as the audience applauded.