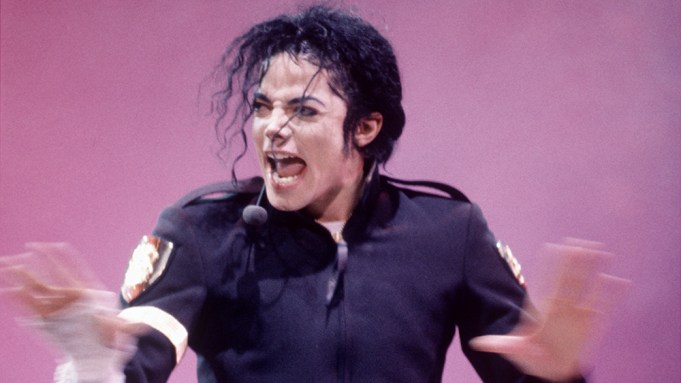 The Michael Jackson estate has taken one last swipe at the documentary “Leaving Neverland,” which alleges that the late singer sexually abused boys, by releasing a concert film on YouTube the exact length of the first part of the documentary, which airs on HBO Sunday night.

It doesn’t end there, however. On Monday, a second concert film, “Live at Wembley Stadium” will air the same time as the second part of “Leaving Neverland.”

The move is the latest in series of actions taken by the Jackson estate to attempt to discredit the documentary since its Sundance premiere, not least of which is a $100 million lawsuit the estate filed against HBO. The re-airing of the concert is itself a veiled dig at HBO from the estate: It originally aired as a concert special on HBO in 1992, and it is at the center of the estate’s lawsuit, which claims “Leaving Neverland” violates a non-disparagement clause in the contract over the broadcast rights to the Bucharest concert.

The premium cabler took little notice, however, stating that it would continue to air the documentary as planned.

The documentary, directed and produced by Dan Reedus, focuses on two men, Wade Robson and Jimmy Safechuck, who allege that they were subjected to repeated sexual abuse by Jackson after forming close relationships with the singer through Jackson-related events. It premieres on HBO at 8 p.m. PT Sunday.

Don’t miss the magic from the King of Pop himself! Immerse yourself in Michael Jackson. Live in Bucharest and Live at Wembley Stadium available for a limited time on Michael Jackson’s @youtube!

Don’t miss the magic from the King of Pop himself! Immerse yourself in Michael Jackson. Live in Bucharest and Live at Wembley Stadium available for a limited time on Michael Jackson’s @youtube! pic.twitter.com/kdc6yZjKMA