Meryl Streep on the Power of Making Movies for Netflix 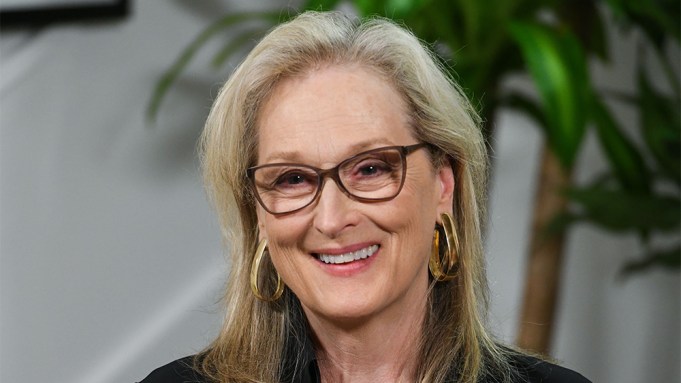 “The Laundromat,” Steven Soderbergh’s drama inspired by the Panama Papers, wasn’t originally a Netflix movie. But when the entertainment goliath nabbed the project in the summer of 2018, it marked another big victory for Netflix. The company could add Soderbergh’s name to its growing roster of A-list directors — ranging from Alfonso Cuaron (“Roma”) to Noah Baumbach (“Marriage Story”) and Dee Rees (“Mudbound”) — with pacts with the streaming service.

As is the case for some of the Netflix films, “The Laundromat” will open in limited release in theaters (on Sept. 27) before becoming available for home viewing a few weeks later (Oct. 18). Prior to the movie’s screening at the Toronto International Film Festival, Meryl Streep stopped by the Variety Studio presented by AT&T to talk about making her first Netflix film. She plays two roles in the talky drama, based on the thousands of leaked documents in 2015 that shine a light on income inequality related to questionable offshore banking accounts.

Streep, who will next star in Ryan Murphy’s “The Prom” (also for Netflix), highlighted the scope of the Netflix’s reach. “If it [‘The Laundromat’] were released in theaters, I don’t know, several thousand people in Manhattan, Boston and Los Angeles, who gravitate toward the material, would see it,” Streep said. “Netflix is in 133 million households globally. It will reach places where it would not have normally been found. And that’s great, because it really is for the audience who doesn’t know about it already.”

Antonio Banderas, one of Streep’s co-stars in “The Laundromat,” also spoke about how Netflix is changing the industry. “I can tell you Netflix is bringing a lot of jobs,” he said. “The operations of Netflix in Spain and a lot of different countries and the fact that they are shooting TV shows and movies in our original language is very interesting. I would have loved to have when I was starting many years ago, doing movies and television to have the opportunities that these kids have now. Now, I understand the people who still hold certain romanticism about movies being show on a big screen, in a dark place, with people you don’t know.”

But Banderas said that by releasing films such as “Roma” in theaters, Netflix is continuing that tradition. “I think what happened is that probably people are seeing more movies now than ever in the history of motion pictures but in different formats,” Banderas said. “We have to adapt.”

Streep is having a big 2019. In addition to “The Laundromat,” she has a supporting role in Greta Gerwig’s upcoming adaptation of “Little Women.” And she’s coming off the second season of HBO’s “Big Little Lies,” where she starred in the meme of the summer for her primal scream in a dining room scene with Nicole Kidman.

Asked if she was aware of the social media reaction to her scream, Streep asked: “You want it now?” she said with a laugh. “My children drew my attention to it.”