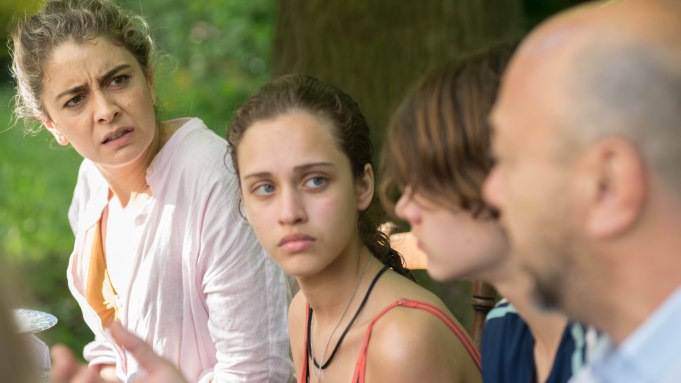 MADRID —  Buenos Aires-based Meikincine Entertainment has acquired world sales rights outside Argentina to “Los Sonambulos” (“The Sleepwalkers”), just confirmed by the Toronto Film Festival as one of the films in its 2019 Platform competition.

After world premiering at Toronto, “The Sleepwalkers” segues for its European first night at the San Sebastián Horizontes Latinos, a showcase of many of the best Latin American movies over the year.

Variety has also had access to its international trailer. A family drama building to a raw, shocking climax – which audiences, like the victim’s parents, will tell themselves they should have seen all along – “The Sleepwalkers” marks a step-up in ambition for director Paula Hernández, whose three titles to date – 2001’s “Herencia,” 2008’s “Lluvia” and 2011’s “Un Amor” – have won multiple prizes, but never fully launched her into the international limelight.

“The Sleepwalkers” stars Erica Rivas, memorable as “Wild Tales’” wronged bride, as Luisa, who departs with husband Emilio and their 14-year-old daughter Ana, for a New Year’s celebration at Emilio’s ancestral home in the dog days of an Argentine summer.

The young girl is awakening sexually, as is Luisa to the confinements of a marriage to Emilio whose patriarchal presumptions run deep in his family. Ana, like much of the family, suffers from sleepwalking. “The summer. sweat, alcohol. Naked bodies, bodies in transition and the gazes upon those new bodies,” the synopsis runs. The celebration, it adds, is “the necessary trap to awaken the sleepwalkers.”

“T’he Sleepwalkers’ isn’t the nightmare from which one cannot wake up, but is rather the nightmare of waking up,” Hernández said in part of a director’s statement.

The statement ends: “This film was born from an intimate and profound examination of [family] bonds. It is in those deep waters, in that pathology known as the family, that this film navigates.”

The film’s trailer bring out this sense of threat. The event it records is a family reunion. Framing, the mounting dissonant music and conflict, however, feel like part of a horror film.

“When we saw ‘The Sleepwalkers,’ we were captivated by its cinematographic qualities and the sensitivity with which Paula Hernández addresses all its issues, with the necessary death and  just the right tone,” said Lucía Meik, at Meikincine.