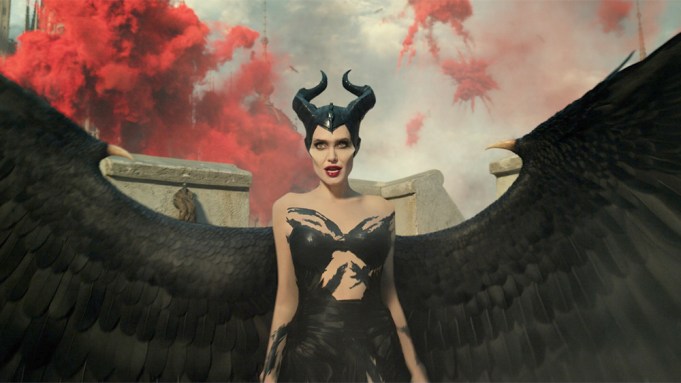 Angelina Jolie unleashes her wrath in the new trailer for Disney’s “Maleficent: Mistress of Evil.”

The sequel picks up several years after the events of 2014’s “Maleficent.” The relationship between Aurora and the eponymous horned fairy gets even more complicated as new threats loom for the formerly cursed princess who is next in line to become Queen of the Moors. New alliances are formed in the struggle to protect the magical realm and the creatures that reside within.

“You have done an admirable job going against your own nature to raise this child,” Queen Ingrith says to Maleficent. “But now she will finally get the love of a real mother. Tonight, I consider aurora my own.”

Later in the clip, Ingrith tells Aurora, “Maleficent is a threat to everyone. We will do our best to protect you.”

Sam Riley and Lesley Manville are among returning characters, while Pfeiffer, Ed Skrein and Chiwetel Ejiofor all joined the cast. Harris Dickinson is replacing Brenton Thwaites as Prince Phillip from the first film.

The original “Maleficent” told the story of “Sleeping Beauty” from the perspective of the villain, revealing the backstory to why she cursed a baby Princess Aurora. As the story goes, on Aurora’s 16th birthday, would prick her finger on the spindle of a spinning wheel and fall into a deep sleep from which she will never awaken. The dark fantasy became a box office smash, grossing over $750 million at the global box office.